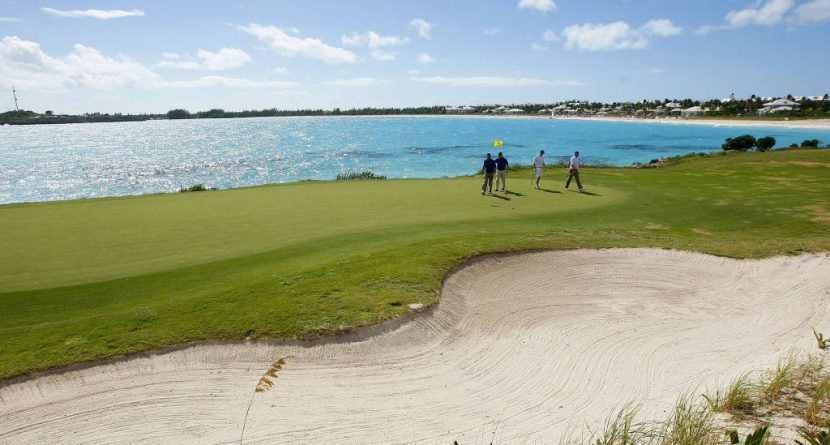 They are called seminal moments. Your first kiss, your first love, your first… Well, you get the idea.

For a PGA Tour rookie, the first time that you hear your name called on the first tee of an event ranks right up there with each of those moments. For some, maybe more than a few, this is the first step toward greatness or even the Hall of Fame.

For the veterans who broke back through, it gives them another year in the sun to make their mark.

Fifty-one players, including 30 rookies, embarked on the 2013 season at the Sony Open. It is a unique year for this particular class, with a shortened season and fewer true total playing opportunities in any one season in the modern era. To make matters worse for this group, especially the rookies, the West Coast has to be the hardest first two months of work for any athlete in any sport.

The dimensions of a baseball field, a basketball court or a football field don’t change from level to level. Golf courses on the PGA Tour are unique. For months leading up to the event, the agronomy and field staff work tirelessly to make sure that the golf course is in peak condition for the event. Green speeds are faster, rough is deeper – the game is more precise than at any other level.

Compounding the learning curve is the other element of the West Coast. After an enjoyable week in Hawaii on one course that is as straightforward as they come, things ratchet up quickly. Over the four weeks that follow the PGA Tour’s “aloha” to the New Year, new players to the Tour have to learn a total of nine different golf courses.

If you make the cut at Sony, it is virtually impossible to get to Humana and play all three golf courses that are utilized there.

The following week Torrey Pines uses both of its courses, and has a Monday and Wednesday pro-am, so if you are going to play both courses before the tournament starts, you have to play the Monday voluntary pro-am.

For those lucky enough to get into the Waste Management Phoenix Open, they get a break by only learning one course. Of course, it is the loudest show on grass and takes its own getting used to.

Then the Tour heads north to Pebble Beach. But of course it is not just Pebble but also Spyglass and Monterrey Peninsula.

Finally, for the graduates, a trip down the coast to Riviera.

In all, that’s 11 golf courses in six weeks. Of those courses, three have held U.S. Opens, the toughest test in golf. At Humana you need to shoot five under a day to have a chance. At Riviera, five under might win the golf tournament. There is no short cut to learning a golf course. You have to play it. This is not a test that you can cram for. You have to be ready.

If it was only as tough as learning championship golf courses in a short period of time it would be a daunting task. But then couple that with the fact that you are learning new golf courses that the best players in the world have played and learned and won great championships on for years and years.

Phil will be there at Humana, defend at Pebble and has a score to settle at Riviera.

Tiger will be at Torrey Pines where he has won seven times. Phil will probably be there too. Keegan, Dustin Webb and the rest of the players recognized by one name only will be there.

Star-gazing on the driving range is folly to a young player on the PGA Tour. But it is impossible to ignore those around you when those very same people are the ones who inspired you to get there. In other sports young players say that they have to adjust to the speed of the game. Everything moves so much faster than it does at the levels on the way up. In golf the thing that is moving faster is your mind. The game is still the same but the venues and the competition are ratcheted up to the top level.

History tells us that some will do more than survive. Some will thrive and take those first steps to greatness. Most won’t. That is the reality. The cards are stacked against those in the Web.com-Q School category. They are stacked that way for a reason. It is supposed to be hard. It is designed to weed out those who don’t belong. The learning curve is steep but it is proven.

The best way to flatten the curve is to get off to a good start. The time is now for the 51. It may seem like there are lots of tomorrows on the PGA Tour, but there are fewer this year than ever.