Maginnes on Tap:~Golfers in Hollywood 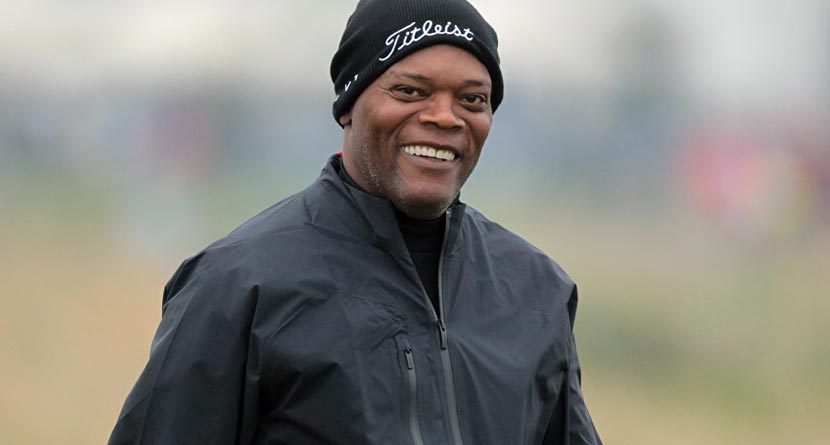 With the Oscars rapidly approaching and the PGA Tour playing in L.A. this week, I was hoping to find some thin literary connection between Hollywood and the Tour. Obviously there are actors who play golf. We relearn that, and the fact that some are much better than others, every year at Pebble Beach. But if you consider the PGA Tour to be entertainment then you would think that there would be more crossover than that.

To my knowledge no Tour player has ever had a speaking role in a movie or on television in anything that wasn’t directly about golf.

Golf doesn’t have an Alex Karras, who played for more than a decade in the NFL before a credible career in acting. Heck, golf doesn’t even have a Bob Uecker, who should have won an Oscar for his roles in the “Major League” series.

It seems like football has cornered the market on mediocre careers sliding into worse acting careers. Bubba Smith (rest his soul) and Carl Weathers (that’s right Apollo Creed played ball) are certainly at the top of that list.

On the other side, Jim Brown turned out to be a heck of an actor; then again he has been great at everything he has done. When you look at the top 25 athletes-turned-actors of all time according to the Hollywood Reporter there are plenty of football and basketball players. There are a few wrestlers, body builders and other meat heads but there are no golfers.

I have to believe that this is an oversight on the part of casting agents all over Hollywood. Brandt Snedeker could have easily played Huck Finn or Opie Taylor in a Mayberry remake. Heck Boo Weekley, Neal Lancaster and either or both of the Henley brothers (caddies for Brian Gay and Robert Garrigus, respectively) could have had guest starring roles. I don’t know who would have played Barney Fife but I can assure you that he putts with an anchored putter. Andy on the other hand would have to be played by someone cool but not as cool as Freddy Couples. We will have to work on that.

On the Champions Tour there are a group of fellows that could have made the show “Men of a Certain Age” a lot funnier. Peter Jacobsen, Rocco Mediate and Fuzzy Zoeller sitting around a diner table talking about pottery would be funnier than the hit show — and they wouldn’t need a script. To top it off Peter can blow a mean harmonica which makes him versatile and puts him in line to play a prisoner in a period piece.

Phil Mickelson could play a politician in any movie made since Kennedy. Put him in a suit and tell him to smile like he just made birdie. Do the thumbs up thing that he did to Justin Rose when he made the birdie on 17 in the Ryder Cup singles and you have the Speaker of the House or the President incarnate. Phil has some experience, too. He is comfortable in front of a camera, would look great with Amy on the red carpet and wrote his speech when he was eight years old. The only problem is that he would hold up the entire Oscar ceremony signing autographs out front until everyone got one.

There are a bunch or Europeans that would make great Bond villains. Ian Poulter could be taking over people minds with some sort of mind bending influence incorporated into his line of clothing. Of course Americans would be immune because most of us can’t fit into any of his stuff. Darren Clark would be a fantastic double agent. He plies you with Guinness until you give up the secret formula to the Poulter algorithm.

Lest you think for a second that a Tour player lacks the basic skills to act, let me take you back to any telecast over the past several decades. Every time a tour player misses a putt inside five feet what does he do? He taps down the imaginary spike mark that propelled his ball off line. He does this so convincingly that you are certain that he just got a horrible break. I am probably breaking some age old oath by telling you this but he was acting. I think that our stars are ready for the silver screen. Maybe next year we will see golfers at the Oscars. For this year just enjoy Riviera.