Maginnes on Tap:~Lessons on Retiring 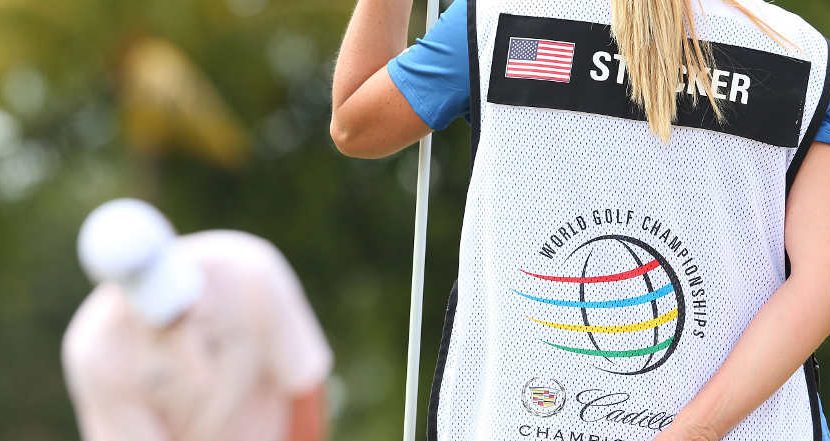 I am sure that there were plenty of semi-retired gentlemen in South Florida this past week that spent the weekend on the golf course with their wives.

The number of those who convinced their wife to caddy for him probably brings the number down a bit. Those who finished second to Tiger Woods and made nearly a million bucks brings that number down to, well, Steve Stricker.

When the golf world decided to focus its attention on the putting lesson that Steve gave Tiger on Wednesday, they missed one of the great and unique stories in golf. Steve Stricker announced at the beginning of the season that he would limit his starts this year to roughly 11 official PGA Tour events. While everyone seemed to take a “we’ll see” approach to Steve’s declaration the man himself is unwavering.

“When I play now I am refreshed. I think that limiting the schedule means that I am more excited to play when I play,” Steve said at the Cadillac Championship on Saturday.

In just three starts this year Steve has finished second twice and fifth at the WGC-Accenture Match Play. He is in the top five in both FedEx Cup Points and official money, yet has said that he doubts that he will participate in the Playoffs for the FedEx Cup — even with $10 million on the line.

Since the inception of the FedEx Cup in 2007, Steve has earned nearly $7 million in bonus money and has made it to the Tour Championship every year. Tiger can’t say that. Neither can Jim Furyk or Vijay Singh, all who have hoisted the FedEx Cup.

You might say that the FedEx Cup came around at exactly the right time for Steve who spent a few years struggling, including playing in no major championship from 2003-05. He lost his card and it seemed like Steve would become just another good player whose career took a downward spiral in his late 30s. But Steve never stopped believing.

In 2006, Steve played his way back onto the PGA Tour and, in 2007, the first year of the FedEx Cup he finished fourth on the money list. Both years he was the recipient of the PGA Tour’s Comeback Player of the Year. Then in 2007 when the Playoffs were unveiled Steve became the Tour’s first winner of a playoff event at the 2007 Barclays. Since then Steve has added eight more victories after the age of 40 and another playoff event.

At 46 and clearly at the top of his game, Steve is set to walk away from all of that. He will play Houston in a couple of weeks to prepare for the Masters. And will play a handful of other events including the other major championships this year.

When asked again about the Playoffs, Steve did leave the door open just a little.

“I am committed to the schedule. We will wait and see what happens but I am really enjoying this,” Steve said this weekend.  I should mention that he said it with a huge smile on his face.

And why not? What Steve is doing is going out on his own terms. Most players don’t get to do that and even fewer get to do it when they are on the top of their games. Steve is hardly the first player in his late 40s to dial back his schedule. The difference is that most of those players do it because they are no longer competitive. They bide their time until the Champions Tour. Steve isn’t even looking that far ahead. Of course there are things that he still wants to accomplish and might need to accomplish to earn the respect that he deserves.

Steve doesn’t seem to concern himself with that either. He has the respect of his peers. He has the respect of the younger players as well, some of whom hadn’t even held a golf club when he struck his first shots on the PGA Tour. He is twice Rory’s age. He is nearly a decade older than Tiger, yet he still competes and still has time.

This particular year seems like a year with great opportunity for Steve in the all-too-illusive majors. The U.S. Open will be played at Merion, where accuracy and putting will be at a premium. Length and power won’t be required in the Philadelphia suburbs. The same is true of Oak Hill, where the PGA Championship will be held once again in August. Steve wasn’t in the field in 2003 when the PGA last visited Rochester.

If Steve wins a major championship this year, he wouldn’t be the oldest player to win one. Julius Boros won the 1968 PGA at the age of 48. But you get the sense talking to Steve that he will be fine whether it happens or not.

He is living his life and pursuing, or not pursuing, his career on his terms. In an athletic era where loyalty is subjugated to the almighty dollar, Steve is leaving a lot on the table. He is doing it for all the right reason. But make no mistake about it, Steve is walking away from millions of dollars in potential earnings. But you get the sense from Steve that he doesn’t look at it as walking away from anything but rather walking toward something far more important.