Many Tour Golfers Will Be Out Of Work Soon 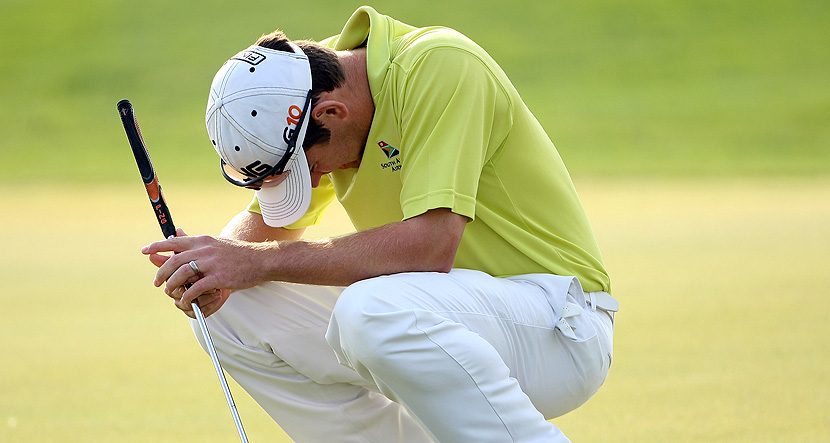 It’s getting late earlier and earlier on the PGA Tour.

For decades now mid-July was a relaxing time on Tour.  There was just one more major championship to be played.  There was ample time to look forward to some of the fall tournaments like Vegas and Disney where friends and family come for the weekend and don’t watch any golf.  Heck, when I was a rookie on Tour one veteran told me that your rookie season doesn’t really get started until after the U.S. Open, because from there you can actually develop your own schedule.

Oh, but those days are gone and some rather big names are feeling the heat of a season that will end in mid-August.  On Friday afternoon August 16th there will be players slamming the trunks of their courtesy cars and speeding away from Sedgefield Country Club on their way to the Web.com Tour.  The Wyndham Championship has been the gateway to the Playoffs since their inception six years ago.  Now the tournament holds even greater significance in that there is no Fall Series for players to regain their jobs if they miss the playoffs.  If you’re outside the top 125 in FedEx Cup points you lose the greatest job in the world.  Melodramatic?  Not if you are 126 in FedEx Cup points.

Last year Charlie Beljan famously won the Children’s Miracle Network Classic at Disney after missing the playoffs and entering the event 139th on the money list.  It was a fabulous story as he battled panic attacks to eventually hoist the trophy.  That story won’t exist this year.   Replacing it is the mad dash that has been the 2013 season and it has flustered some of the veterans.

“It’s been tough because we are all trying to play so much just to make sure that we keep our cards,” said Dicky Pride on Maginnes on Tap this week.  Dicky is taking a precious week off and not playing the RBC Canadian Open.  “It was a really tough decision but I have just played five weeks in a row and made all five cuts.  The problem is that I was just treading water and actually lost ground on the (FedEx points) list.  So I have two weeks, Reno and Wyndham to keep my job.”

This is a veteran move from a player that knows his own game and is playing pretty well but needs to recharge his batteries.  At 151 in points there is a long way to go and a short time to get there.  But Dicky is hardly the only veteran in this position.  Brad Fritsch entered the RBC Canadian Open as the man on the hot seat at 125 in Fed Ex Cup Points.  Behind him are names like Appleby, Ricky Barnes, Peter Hanson and Vijay Singh.  Players like Louis Oosthuizen, Vijay and Davis Love III are certainly exempt next year but they are on the outside looking in on the Playoffs and the $10 million payday that comes with winning the FedEx Cup. Vijay Singh is exempt next year but he’s on the outside looking in on the $10 million payday that comes with winning the FedEx Cup.

For exempt players who finish outside the top 125, they’ll get some time off before the 2013-14 season gets underway in the fall.  For everyone else, things are about to get really busy.  Those players who finish 126 to 200 on the FedEx Cup points will hardly get a rest.  They will join the top 75 players on the Web.com Tour money list for a four tournament series on that will see 50 earn playing privileges on the PGA Tour this fall.  The top 25 players from the Web.com Tour will already be set, so 25 more cards will be up for grabs in the series that gets underway the first week of September.

The busy stretch for the players at the top of the golf world starts next week with the Bridgestone Invitational and leads right into the PGA Championship.  For many that means a week off during the Wyndham before the four tournaments over five weeks that make up the playoffs.  In other words we are likely to see Tiger and Phil play six tournaments in eight weeks.

While there is only one major championship left and we are all waiting to see if Tiger can finally grab number 15 or see if Phil can make it two in a row there is still a lot to be decided.  Jobs are on the line for some.  A FedEx Cup is on the line for others.  Either way the entire 2013 season will be in the books earlier than any season in the modern era.  Some will feel like they got the short end of the stick while others will define their careers… but isn’t that always the way?

Related Link: Tiger and Nike: A Look Back | Dammit Tiger, Curse Away!

Other Hot Links:
– Cheyenne Woods Enjoys British Media Tour
– Your Next SUV Could be a Bentley
– What Has Tiger Seeing Red on Sundays?