Mariano Rivera and 5 Other Great Farewells 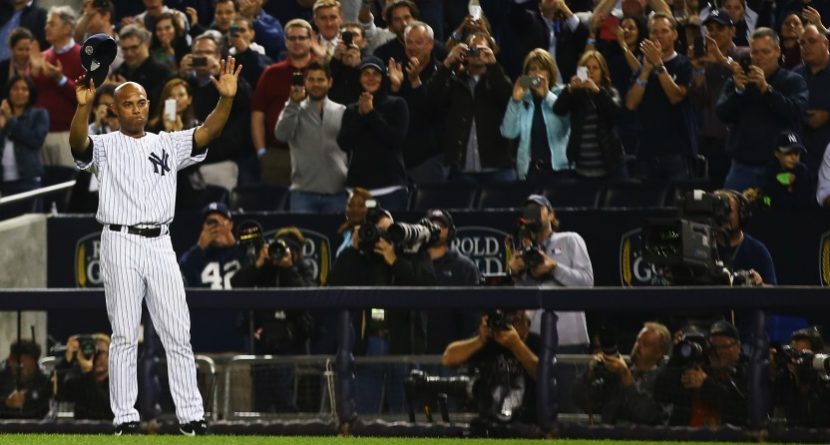 If you’re human and you saw Mariano Rivera’s final appearance at Yankee Stadium on Thursday night, a tear or two came to your eye. Loads of them flooded Rivera’s eyes as longtime teammates Andy Pettitte and Derek Jeter walked out to the mound to give him his curtain call.

If you missed the video, grab a tissue and have a look:

Rivera’s been on a bit of farewell tour this year, receiving applause and gifts from even the Yankees’ fiercest rivals. Yet he’s not the first to receive such acclaim as he bows out from sport. Here are five other great farewells:

Jack Nicklaus: With an all-time best 18 career majors in his possession, the Golden Bear played his last professional round at the 2005 Open Championship. He shot an even-par-72 that day and missed the cut, but he was celebrated like a champion nonetheless.

Arnold Palmer: Before Jack there was Arnie, who was showered with praise during his final major appearance at the 2004 Masters. Four of his seven majors came on the famed Augusta course.

Lou Gehrig: The legendary first baseman played his entire career for the New York Yankees, and Gehrig brought his hometown six World Series titles during his 15-year career, which ended with his emotional farewell speech on July 4, 1939. He had contracted ALS, now known as Lou Gehrig’s Disease, and passed away in 1941.

Kareem Abdul-Jabar: The NBA’s all-time leading scorer more than 14 years after his retirement, Abdul-Jabar spent 20 years in the NBA – 14 with the L.A. Lakers after six in Milwaukee. The Lakers honored the best center to play the game on the final day of the 1989 regular season.

Cal Ripken Jr.: A 21-year career with the Baltimore Orioles ended in 2001, when the Iron Man delivered a farewell speech to the crowd at Camden Yards. The fans knew Ripken well, as his father, Cal Sr., also played for the Orioles and briefly served as the team’s manager. You can hear Junior’s farewell speech here.