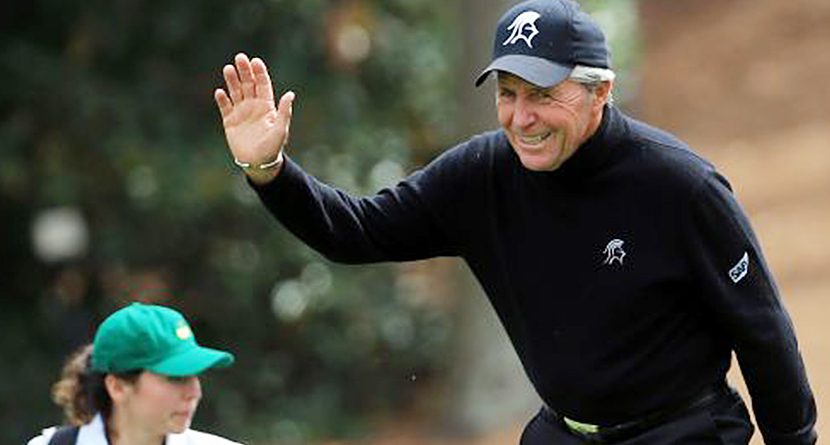 The Wednesday Par-3 Contest at the Masters is a chance for the players and their families to unwind leading into the first major championship of the season. The iconic 9-hole par-3 course at Augusta National Golf Club is the setting and atmosphere is downright casual.

As always, the course was set up to provide some fireworks with holes cut at the bottom of bowls and ridges, but the performance put on ahead of the 2016 Masters was truly historic. Previously, the most holes-in-one recorded during a Par-3 contest was five. This year there were nine aces — nine! —made by nine different players, including back-to-back efforts from Justin Thomas and Rickie Fowler.

Watch @JustinThomas34 make a hole-in-one on No. 4 in the Par 3 Contest. #themastershttps://t.co/SWVQMzUigg

Infamously, you can now scratch Walker from your list of potential winners of the tournament proper since no Par-3 Contest champion has ever gone on to win the green jacket in the same year.

Going to kick that jinx in the teeth this week. https://t.co/0qAmd3b8gs