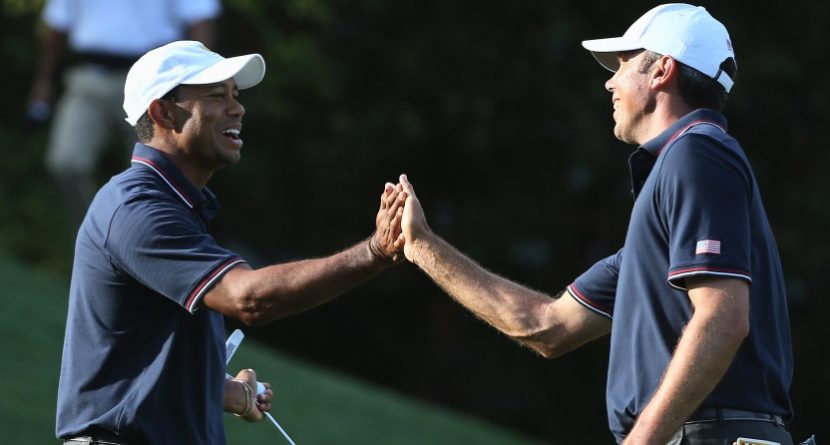 Matt Kuchar is 35 years old, so he was a teenager in the mid-90s, when “Fresh Prince of Bel Air” was all the rage on TV. He must’ve watched the show, which is why he was inspired to act out a “Fresh Prince” type of handshake after he and partner Tiger Woods recorded birdies on Thursday at the Presidents Cup.

But forgive him for mixing up the show’s characters. Behind Will Smith, the star of the sitcom, his cousin Carlton Banks was the next-most-popular. So that’s who Kuchar described Woods as when asked what was up with the handshakes the two were doing.

“I figured this guy was the perfect Carlton,” Kuchar said.

Carlton – known in real life as Alfonso Ribeiro – was honored to be mentioned in the same sentence as Tiger Woods.

Problem is, Carlton was never cool enough in Will’s eyes to execute the famous handshake. The Fresh Prince always saved his hijinks for his main man, DJ Jazzy Jeff.

You’d think Carlton would give Jazz some credit. After all, Carlton has his own move that’s maybe even more well-known:

But oh, what we would give to see Tiger “Carlton” Woods bust out that dance on a golf course – or anywhere.