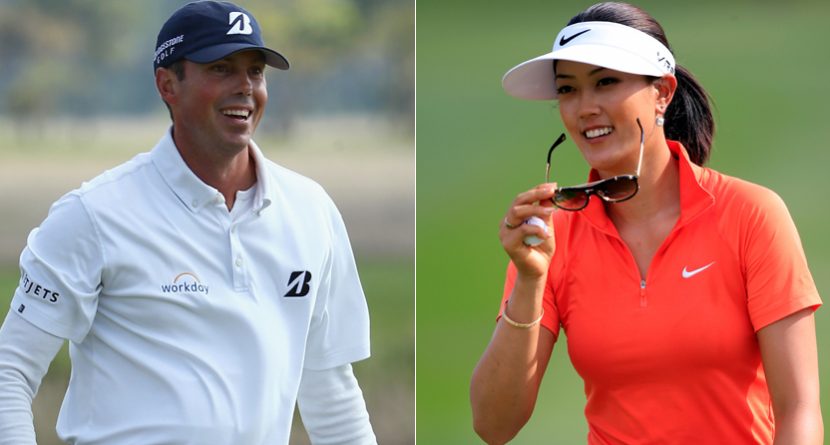 With his spectacular bunker save Sunday, Matt Kuchar picked up his first win of the year, which comes after a month of close calls.

With her two-shot victory Saturday, Michelle Wie collected a winner’s check and trophy for the first time since 2010, which comes after a runner-up finish at the season’s first major.

These are two of the better players on their respective tours, and judging by the Twitter reaction after their wins, two of the more popular/respected players among their peers. Here are some of the fellow pros who chimed in to offer congrats to Kuchar and Wie:

KUUUUUUUUUUUUCCCCHHHH!!! no one deserves a little luck more than Matt Kuchar these past few weeks!

Great bunker shot to seal your victory on 18 Kuch!! Gleneagles here we come!!

Kuuuucchhhh.. He deserved a chip in himself! Some incredible golf the last month and I’m sure this is the beginning. Congrats Kuch

Great job by Kuch today. Played with him first two days, and guy is swinging great and of course rolling the rock as good as anybody.

Well done also to Kuuuutch. Been struggling to find form of late. Nice to see him get it back!

Goosebumps for my girl @themichellewie… Finally girl! CONGRATS!! You deserve it! Nothing can keep you down! #rolemodel #MybigSis

My girl @themichellewie looked more nervous during the hula than she did all week on the course. Confidence is brimming! CONGRATS MY LOVE

Congrats @themichellewie winning in her home state of Hawaii!