McIlroy Tired Of Trying To Please Everyone, Doubles Down On Comments 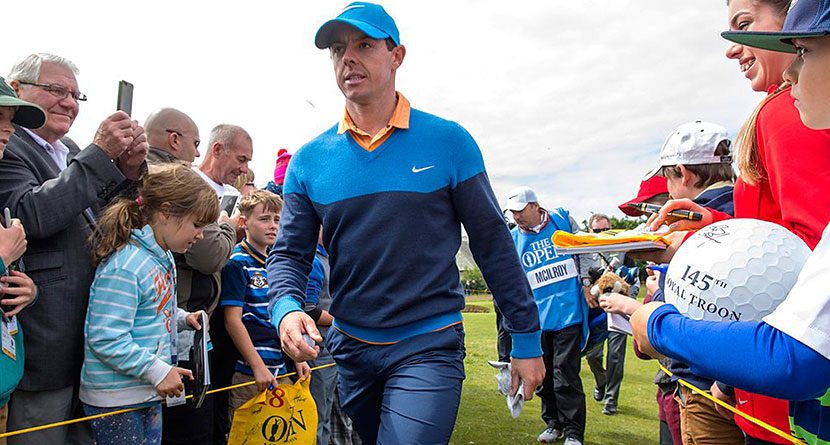 Rory McIlroy has had enough. After an all-encompassing press conference earlier this week that made headlines with nearly every answer, McIlroy said Thursday after a first-round 69 that he was done trying to be a people pleaser.

“I’ve spent 7 years trying to please everyone and I found out I can’t do that so I might as well be true to myself.” Rory on Wed. comments

Here’s the full quote, via Golfweek.com:


“Look,” McIlroy said, “it’s my opinion. I think my opinion is shared by a few people, but some people may think it’s wrong, and that’s fine. I’ve spent seven years trying to please everyone, and I figured out that I can’t really do that, so I may as well be true to myself.”

He also went on to clarify some other statements he made.

Rory McIlroy was asked after his round to elaborate on his controversial comments from earlier this week: pic.twitter.com/XbCnckkHsi

Good for him. An honest Rory is the best Rory.