McIlroy Withdraws From Honda After Meltdown 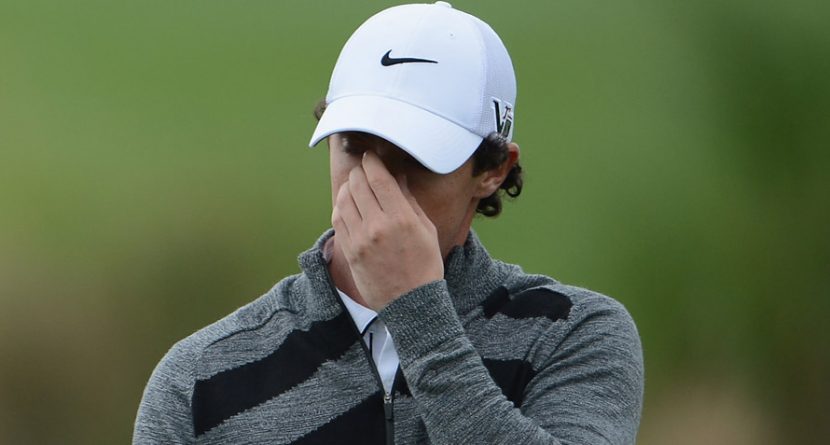 Spike Lee once said for Michael Jordan it had to be the shoes…that helped him to six NBA titles and a place in sports immortality.

Three tournaments into his stint as a Nike Golf staffer, Rory McIlroy has fans wondering if it’s the new clubs that have caused him to play so poorly.

The world No. 1 withdrew from the Honda Classic on Friday after playing the first eight holes of Round 2 in 7 over par. He hit his second shot into a water hazard at the 18th hole, his ninth of the day, before leaving the Champion Course. In the eight holes he completed, McIlroy made bogeys on Nos. 11 and 13, a triple bogey at the 16th and another bogey at the 17th.

At the time, the Ulsterman had only four players between him and last place at PGA National. McIlroy opened with even-par 70 as defending champion on Thursday.

McIlroy did not comment after pulling out of the event, which he won a year ago to take over the top spot in the Official World Golf Ranking for the first time.

In his three tournaments since being introduced as a Nike Golf staffer, McIlroy missed the cut at the Abu Dhabi HSBC Golf Championship, lost to Shane Lowry in Round 1 of the WGC-Accenture Match Play Championship and, now, has withdrawn from the Honda.