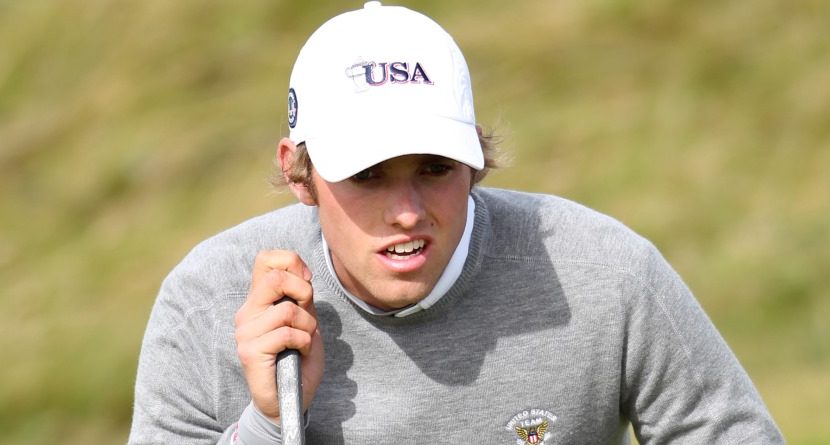 Being the world’s No. 1 amateur golfer has its perks. Legal perks, of course.

That’s how Chris Williams got into the U.S. Open last week. Two weeks after completing his collegiate career at the University of Washington, the 21-year-old’s status as the top amateur earned him an exemption into the national championship. He missed the cut at Merion Golf Club by one shot, shooting 9-over-par through the first two rounds.

That No. 1 ranking can also get him into the next major, the British Open (July 18-21). Yet, Williams effectively tossed that opportunity away Wednesday, when he signed a multi-year deal with Nike. On Thursday, he will make his professional debut at the Travelers Championship.

Nike is betting that Williams will earn his way into many more British Opens, and all of the other majors as well. So he’s definitely someone worth getting to know. Here are five facts about Nike’s newest golfer:

1) Williams was born and raised in Moscow. No, not that Moscow. Moscow, Idaho, where he led the high school to the 2009 state title and collected four individual 4A state championships.

3) Williams’ six tournament wins while at Washington are the best all-time for the school – but none came during his senior season. Nonetheless, he maintained his world No. 1 amateur ranking all the while with numerous top-10 performances.

4) Last month, Williams was chosen for the 2013 Ben Hogan Award, which is annually given to the outstanding male amateur and collegiate golfer of the year. In 2012, he earned the Mark H. McCormack Award, which goes to the top player in the world amateur golf rankings.

5) This year marked Williams’ second U.S. Open appearance, as he qualified for the 2011 tournament at Congressional Country Club after winning a sectional qualifying event in Bremerton, Wash.