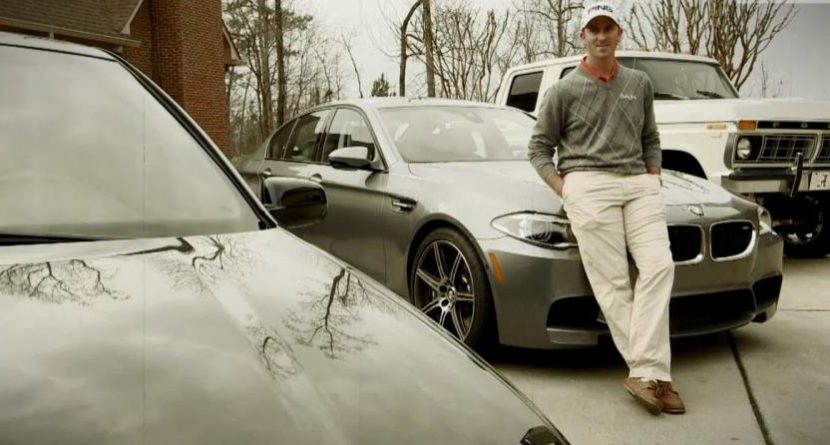 It’s not surprising for athletes to reward themselves with a splurge after winning a title or following a big year. Jewelry, cars, houses and the like, depending on the money that came with it.

Michael Thompson collected $1.08 million last year for winning the Honda Classic. His reward? Probably not the car you’d suspect: a 1977 Ford F250 Crew Cab. Then again, it was early in his third year on tour, and though he earned $1.4 million in 2012, he wasn’t exactly rolling in dough.

Thompson had more green to go around after taking in more than $1.7 million in tournament earnings in 2013. His gift to himself then was a 2014 BMW M5. That and the Ford join his 2005 Volkswagen Getta GLI, which Thompson bought as a reward for earning his PGA Tour card.

The defending Honda Classic champ showed off his toys for “Inside the PGA Tour,” which also followed Thompson around at the tournament’s media day:

Did you know he’s the only current Eagle Scout on the PGA Tour? Here’s more from Thompson at the media day, and him looking back at his move from Tulane, which was hit by Hurricane Katrina, to Alabama:

Thompson’s impact on the Crimson Tide, which right now is the No. 1 men’s golf team in the country: