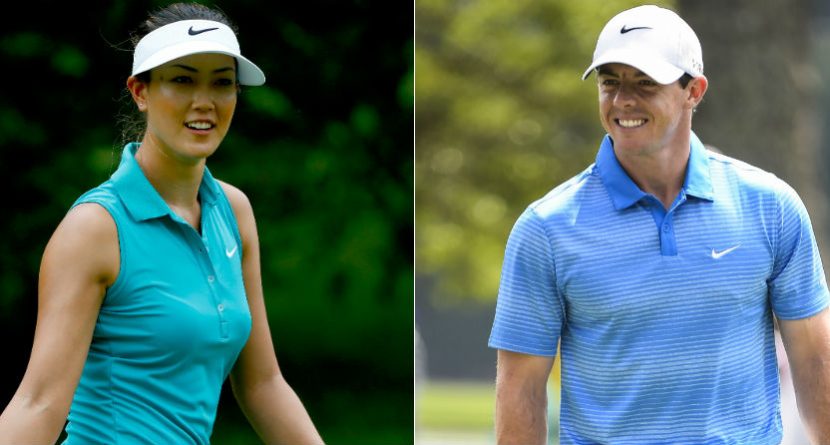 Tour professionals are road warriors and spend a ton of time in airports when not on the golf course. LPGA Tour star Michelle Wie had a little extra time on her hands recently, as evidenced by a photo she posted on Twitter over the weekend:

Doin a little rearranging at the airport newstand this morning…@GolfDigest pic.twitter.com/YSQpzUCO2L

Fellow Nike Golf staffer – and PGA Tour superstar – Rory McIlroy responded to Wie’s tweet, expressing his gratitude that she kept one of his magazine covers in the photo:

.@themichellewie glad I got a little love in the bottom corner there haha

But don’t worry, Rory, a fan has your back:

It’s stuff like this simple exchange over social media that makes golf fans love these two golf juggernauts. While Wie will be taking some much needed time off now that the LPGA Tour season is at its end, McIlroy will be busy helping his European Team chaps retain the Ryder Cup this week in Scotland.