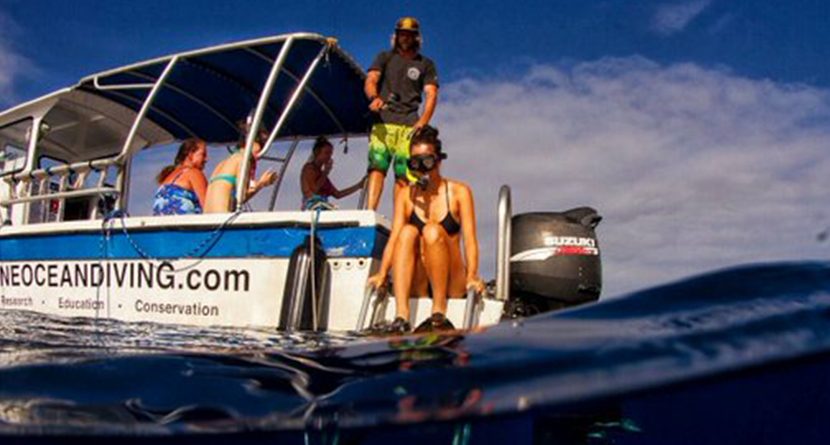 The 2015 LPGA season was one marred by injury and poor play for Michelle Wie.

Coming off of a 2014 that saw the former child prodigy win twice on Tour, including her first major championship at the U.S. Women’s Open, things seemed to be looking up for the talented Stanford grad. However, hip and ankle injuries nagged at Wie in 2015 keeping her out of the top-10 all season and allowing her to rack up just $348,918 (?!) on the course.

With the LPGA Tour in its offseason until the end of January, Wie was back in her home state of Hawaii this week ticking some adventures off of her bucket list. Wie took to her social media accounts to share her experience of swimming with sharks sans cage. Under the tutelage of One Ocean Diving and alongside friend Meg Akim, Wie took the plunge into the ocean.

Bucket list item accomplished!!! @meg_akim and I have always wanted to go Shark Diving and we finally got to experience that with @oneoceandiving ! Huge thanks to our diving guides for teaching us the “alpha shark rules” and calming our nerves. We were so scared but once we were in the the water swimming around with around 30 sharks, it felt so peaceful and calm. After hearing how many sharks are being hunted for sharks fin soup…it made me really sad. 11,000 sharks are being killed every hour!! So ridiculous….this needs to stop! #savethesharks #openoceandiving #sharkdiving @korigarza @thesearaider @john.garza