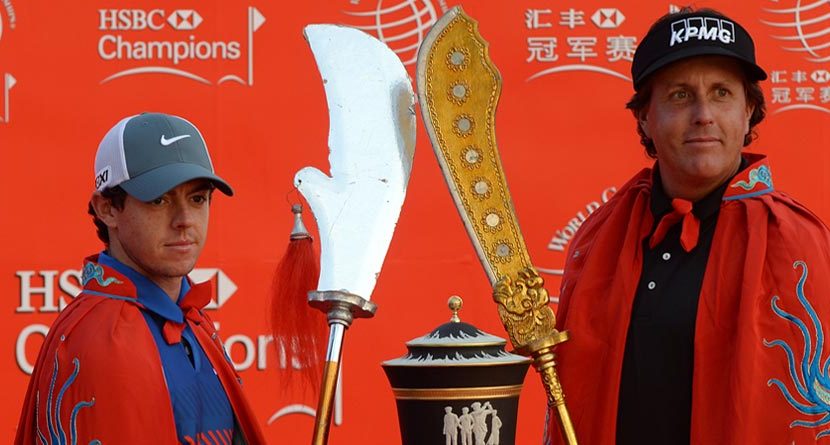 You’re gonna have to see this. The caped photos were all part of a ceremony performed near the Sheshan International Golf Club, the site of this week’s event. By the looks of all those smiling faces, the guys all seem like they’d much rather be anywhere else in the world.

The WGC-HSBC Champions event is always good for memorable pre-event photos. In past years we have seen Tiger Woods and Mickelson pose with swords, for example. The addition of the smug Dufner and sheepish McIlroy make this year’s gallery one none of us will forget for quite awhile.

Related Links: Rory Says Chamblee ‘Should Be Dealt With’