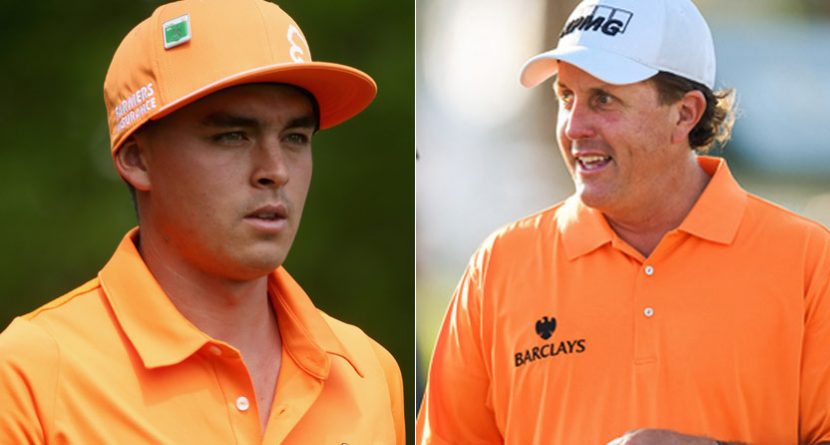 Rickie Fowler and Phil Mickelson have been palling around for some time now and it’s beginning to look like they’re wearing off on each other.

During the first round of the Players Championship on Thursday, we saw Phil do something very Rickie-like and Rickie do something that was very Phil-like. Mickelson was sporting this traffic-cone orange shirt that, were it not for the Barclays and Callaway embroidery on it, may very well have come straight from Fowler’s closet: Fowler, on the other hand, must be learning a thing or two from all those practice rounds he’s been playing with Mickelson. On the par-4 seventh hole, Fowler hit one of the best flop shots in recent memory. It wasn’t exactly a backwards shot, but it was still super impressive and did end up in the bottom of the cup:

I don’t know about you, but I really hope this role reversal continues. It could culminate in a major for Fowler and Mickelson in bright orange pants.