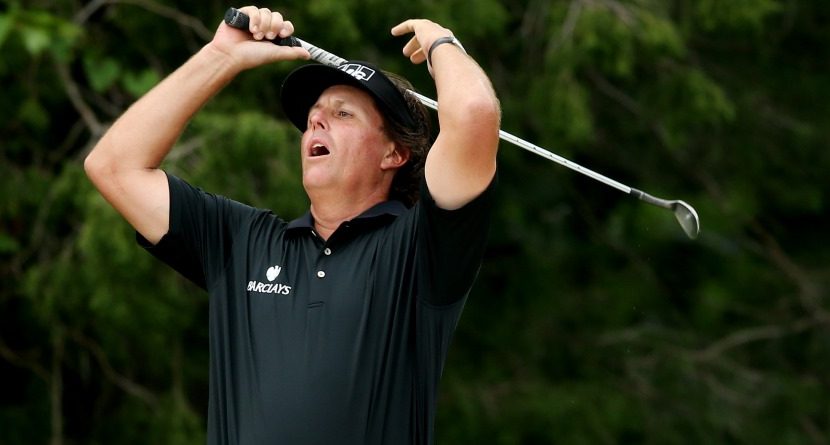 There is an old adage in any skilled activity that preaches “practice makes perfect.” This mantra is especially true in golf as anyone who has played the game knows. However, reigning British Open Champion Phil Mickelson is about to challenge that mindset.

According to The Star Online, Mickelson has chosen to reduce his 2014 playing schedule to focus on a goal that has eluded him for decades: winning the career Grand Slam. For those keeping score at home, that’s winning each of the four major championships (Masters, U.S. Open, Open Championship and PGA Championship) in the span of one’s career.

Mickelson still lacks the U.S. Open, which he has routinely let slip through his fingers time and time again.

“There is no hiding the fact that winning the U.S. Open would be my career goal and completing the career Grand Slam,” Mickelson told reporters in Kuala Lumpur on Wednesday.

“That is the final leg that I have and I’ll be putting most of my focus into winning the U.S. Open.”

This year our nation’s championship will be played at Pinehurst, the site of what may have been Mickelson’s best chance at winning the major in 1999. Lefty went shot-for-shot against eventual champion Payne Stewart, which culminated in one of the most touching and memorable final-hole celebrations in the history of golf.

In terms of his playing schedule, Mickelson has been known to be a workhorse on tour, often playing more than 20 events every year. In 2013, he played 22 events, a number he hopes to stay below this coming season.