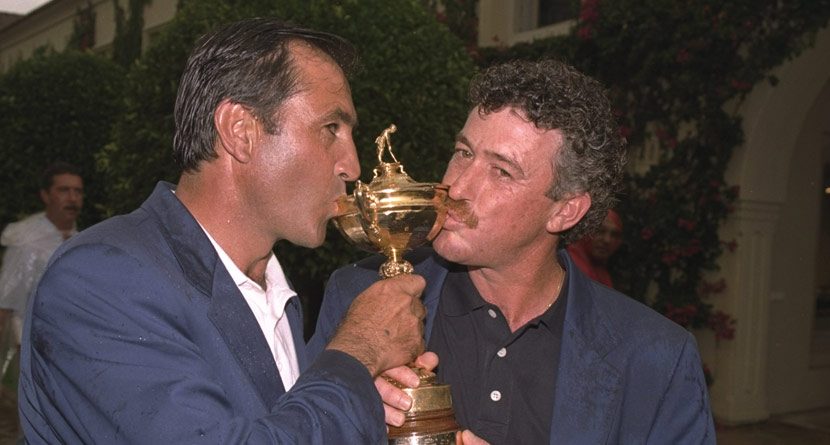 Miguel Angel Jimenez has accomplished so much in his illustrious career already, but he’s not one to rest on his laurels.  A 20-time winner on the European Tour, Jimenez has his sights set on becoming a European Ryder Cup captain.

Photo Gallery: The Awesomeness That Is Miguel Angel Jimenez

The charismatic Spaniard will get his first shot at team captaincy in April when he leads the European team against Thongjai Jaidee’s Asian squad in the inaugural EurAsia Cup. Jimenez acknowledges that in order to become a Ryder Cup captain, he must take things, “step by step.”

“I would like to be there,” Jimenez said in an interview with Reuters. “I am waiting for news and it would be great if I can.” Jimenez has played in four Ryder Cup tournaments for Europe, on the winning side in 2004 and 2010. Despite holding only a 4-8-3 record in his Ryder Cup career, Jimenez has a wealth of team-style golf experience to lean on, having been a member of Team Europe for seven Vivendi Seve Trophy appearances.

Jimenez, 50, also announced that he will make his European Senior Tour debut at the Senior Open Championship at Royal Porthcawl in Wales this July. He also stated that his main goal in 2014 is to make the European Ryder Cup team on points. Were he to achieve this goal, Jimenez would become the oldest European Ryder Cup player.

“I feel fine,” Jimenez said in the interview. “I have spent 25 years traveling the world and competing and if you aren’t happy doing that then it would be impossible to be so. I am motivated.”