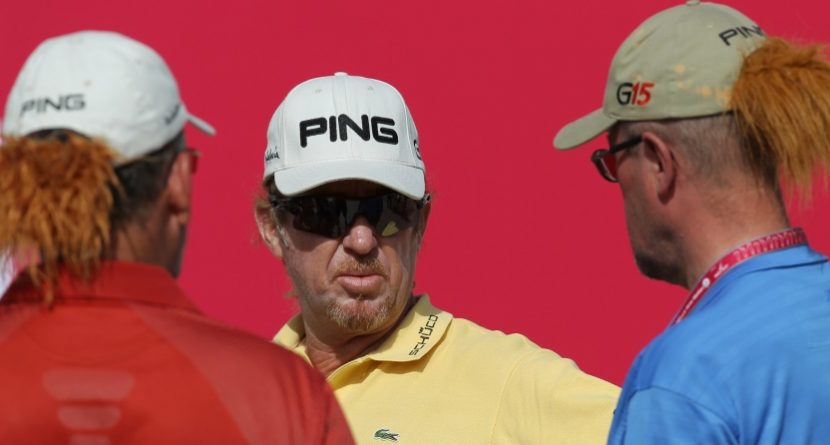 For obvious reasons, Adam Scott and Jason Day are big fan favorites this week at the World Cup of Golf in Melbourne, Australia. They’re the two highest-ranked Aussies in the world (second and 18th, respectively).

The next most popular golfer, however, isn’t American Matt Kuchar, who at No. 7 is next in the world rankings behind Scott. Nor is it Graeme McDowell, the Northern Irishman at No. 12.

In fact there are a handful of players ranked higher than the most popular non-Aussie roaming the grounds at The Royal Melbourne Golf Club. But none of them can match the personality of Spain’s Miguel Angel Jimenez, a fan favorite in any country.

“I just give to the people something back, no? Do sign, do photos, we’re happy, we’re smiling – that’s part of the deal,” Jimenez told Australia’s Herald Sun.

Jimenez is ranked No. 47 in the world, which is two notches below his age. He turns 50 on Jan. 5 and will likely celebrate the way he does every other day: with some wine and a cigar. And it could be a cigar he received from another famous athlete who recently turned 50: Michael Jordan.

“He’s a good guy. Every time we see each other we exchange cigars … always Cuban,” Jimenez said.

Rafael Cabrera Bello is Jimenez’s Spanish partner this week, but any “España” chants from the crowd will likely be directed at Jimenez. Take a look at some of the crazies Jimenez counts among his followers: