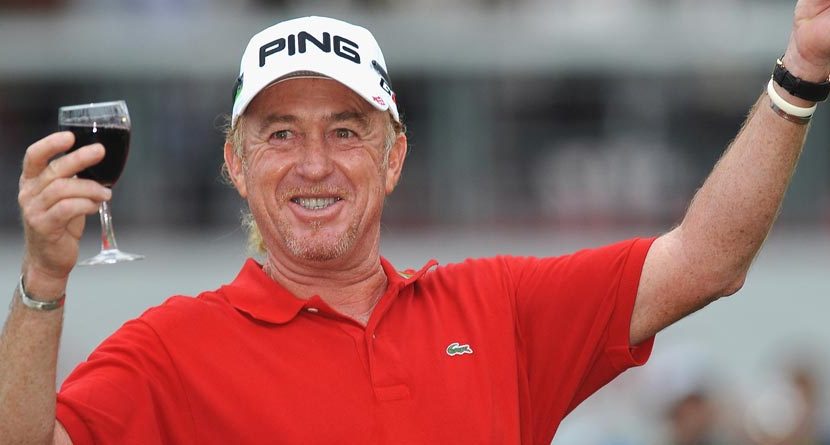 On Wednesday, Northern Ireland’s Darren Clarke was unanimously chosen to be the next European Ryder Cup captain in 2016 at Hazeltine. On Thursday, one of his closest competitors offered support and disappointment.

“This is my 27th season, I’ve played in seven Ryder Cups, been vice-captain and of course I accept it (the decision),” Jimenez said before the Indian Open. “I think I’ve done a lot for the tour through all these years and it’s a little disappointing not being captain but I feel happy on the other hand for Darren because he will do a very good job.”

Must Watch: The Most Interesting Ace In Golf | Jimenez Teaches His Awesome Stretching Routine

Miguel Angel Jimenez was seemingly the only other name in contention for the European helm in 2016 but didn’t receive a single vote from the panel. Early during his candidacy, questions of a language barrier and whether Jimenez, 51, was more interested in making the squad as a player than captaining.

Surely, Jimenez will one day get his opportunity to lead — he’ll just have to wait until at least 2018 for that chance.