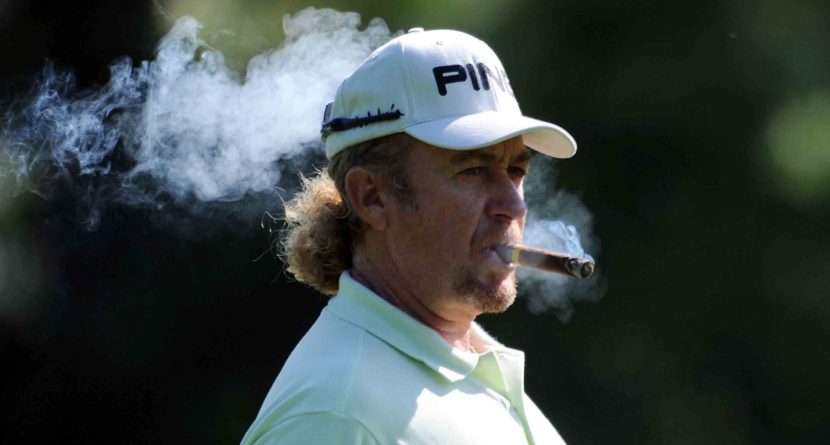 Miguel Angel Jimenez is 51 years old, ranked No. 88 in the world and among the most fascinating characters in the game. From his signature cigar to his love of fast cars and good red wine, MAJ enjoys his life much in the same way many fans wish they could.

Of course, nearly as recognizable as his trademark cigar and ponytail is his stretching routine. The Spaniard swears that his warm up is grounded purely in necessity to get him ready for his round, but there’s no doubt about its entertainment value.

Enter the European Tour and their idea to hook up Miguel to a GoPro camera for a new view of the routine. Add a Rory McIlroy cameo and you get this great video.

We’ve all seen Miguel’s warm up, but you’ve never seen it like this! ⬇️ https://t.co/Df8t8QzNTM