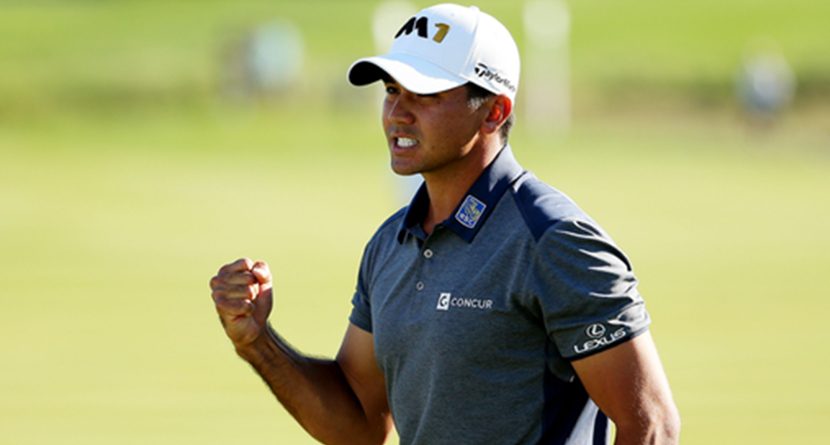 One of the gifts of aging is the benefit of hindsight; looking back, we can see our winding path, knowing where chose correctly and where we strayed from the straight and narrow.

Everyone has a story, but Jason Day’s journey seems to rise above the norm, inspiring most everyone who hears it. And while reading about the troubled times the No. 2 player in the world has emerged from, learning about his past in his own words adds a certain element that can’t be duplicated.

Enter The Players’ Tribune, the brainchild of former New York Yankee Derek Jeter. The site, which “aims to provide unique insight into the daily sports conversation and publishes first-person stories directly from athletes” released Day’s “Letter to My Younger Self” on Friday. The letter, addressed to “12-year-old Jason” gives fans a unique look into what a younger Day was dealing with and how the modern-day version of himself would advise his preteen self.

“There’s no chance, you’re thinking. No chance. You’re thinking I’m crazy. You’re thinking that nothing, right now, could be further from possible. You’re staring out at that vast, blue Beaudesert sky — it’s all sky — and you just can’t see it. But trust me on this one. You’re going to be the No. 1 golfer in the world.

Day runs through the trials and tribulations he faced in the aftermath of his father’s death — “Since your dad passed … a lot has changed. You were there — actually, physically there. You watched him die.” — to his enrollment at the Hills International Golf Academy and beyond. He tells himself to be grateful for his family’s sacrifices, for Colin Swatton and to be on the lookout for a certain American girl named Ellie.

Then, he gets into his golf and gives himself advice any up-and-comer would be wise to heed:

“Your main focus those first couple of years is going to be on keeping your Tour Card. It’s understandable. That card is your license to play professional golf. You’ll have worked your tail off for that card. That card will come to represent an impossible amount of sacrifice from those you love. It will represent the return on their investment — literally. A Tour Card means money … money that, frankly, at this point, you’ll need. That card will be sacred to you. Whatever happens, you’ll need to keep it. I get that.

“But here’s a secret, just between us, that you’ll only find out after you’ve been on Tour for a while: ‘playing to keep your card’ is the enemy of ‘playing to win.’

“When you’re playing to keep your card, what you’re really doing is playing without a plan. You’re preparing vaguely. It’s week-to-week. It’s “pick your spots” golf. It’s not all-in.

“And that, you’ll soon realize, is what it takes to win on Tour — what it takes to be great: You have to be all-in. You have to prepare with precision. Driving, putting, chipping, physical fitness, mental and tactical discipline … they’re all important. And if you’re playing merely to keep your card, then at various moments you’re going to neglect some of those things. It’s just inevitable. You won’t mean to, I know; but subconsciously you will neglect them. And you can’t.

Day goes on to extoll the virtues of experience, learning what it takes to win and the joys of being a father, all the while reminding himself and the reader what it was like to be a confused 12 year old.