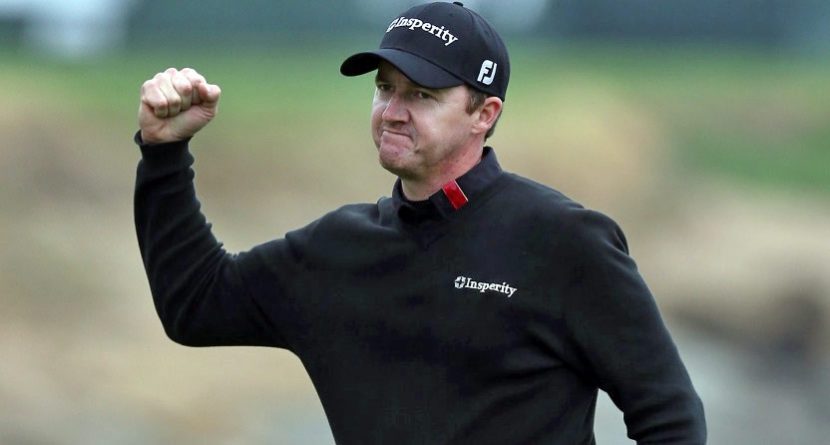 Monday Morning Marshal is a weekly recap of all things PGA Tour, including commentary on the week’s tournament winner and other news.  Here is what happened the week of March 29, 2015.

Hometown wonder boy Jimmy Walker won the Valero Texas Open on Sunday to become this season’s first two-time winner. The achievement also marked the Texan’s fifth PGA Tour career win which is far and away the best of any player over the last two years.

Walker was in control of the tournament leading up to the 54-hole lead on Saturday night and nothing changed throughout Sunday’s final round. While names like former champion Jordan Spieth (runner-up) and Billy Horschel were in hot pursuit throughout the day (the former more than the latter), Walker maintained his composure and ultimately won the tournament by four shots.

Is it time for all of us to start talking about the greatness of Jimmy Walker? Not only has he won more often in the last two years than any other player, but he does so in monumental fashion. Walker won the Sony Open in January by an astounding nine shots and this week’s victory could have been by a wider margin had Spieth not stayed in stride on Sunday’s back nine. Walker looks downright lethal when firing on all cylinders.

Walker will move up and into the top-10 list of the Official World Golf Rankings and widened the gap between he and Spieth in the top two positions of the FedExCup Points standings (1650 to 1164, respectively).

He might not be the most exciting name on the Tour roster, but Jimmy Walker has quickly become a force to be reckoned with among American golfers. He might be the best.

Jordan Spieth Gets Another Step Closer To Greatness

Earlier this year I predicted that Spieth would reach No. 1 in the OWGR by December. His runner-up finish at the Valero boosted him to fourth on the list; the highest ranking of his young career.

The PGA Tour has undergone a full changing of the guard in what is clearly the post-Tiger era. Just as parallels could be drawn between Tiger/Jack and Phil/Arnie, it is time to do the same with Rory/Tiger and Jordan/Phil.

Rory McIlroy is far and away the best player on the planet, holding a firm lead in the OWGR (11.00 points). Henrik Stenson (7.81) is next, followed by the ‘Human Outlier’ Bubba Watson (7.57). Spieth is slowly climbing the ladder and is now within a full-point (6.90) of the next tollgate.

The road to the top gets much bumpier for Spieth now. Just as lowering one’s handicap is easier for a 30-handicap than a five, overcoming the final three players will be a monumental task. Here’s a look the ranking trend for Bubba and Jordan since January 26, 2013: Other than the obvious meteoric rise from Spieth throughout 2013 (the x-axis above is misleading), the two players have been neck-and-neck for over a year. If we’ve learned anything about Bubba, it’s that he is stubbornly consistent.

GolfUnfiltered.com brings you the latest in golf news, equipment reviews and the hottest takes around the golf lifestyle.