Monday Morning Provisional: Another Unofficial Start To The Golf Season 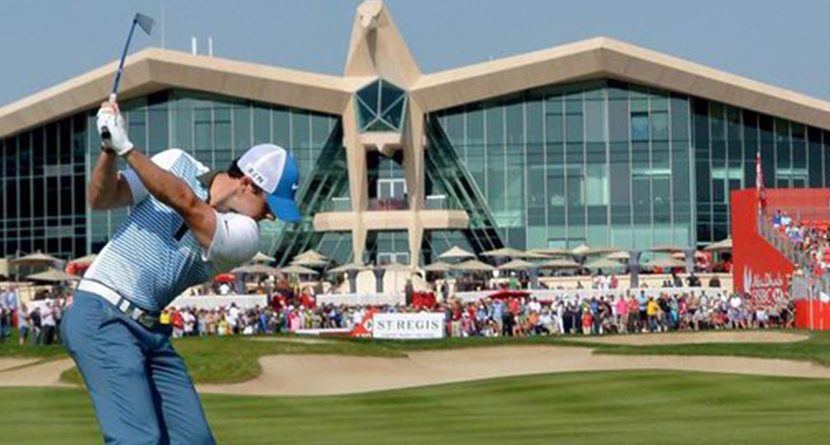 There are four different starts to the golf season, depending on who you talk to. There’s the official start to the wrap-around PGA Tour season in October, the first event of the calendar year at Kapalua, the first time Tiger shows up and the beginning of the major season at the Masters.

Whichever theory you subscribe to, you should be making an exception for this week when Jordan Spieth, Rory McIlroy and Rickie Fowler headline the field at the Abu Dhabi HSBC Golf Championship in the UAE. The European Tour’s Middle Eastern swing has long been a jumping off point for many of the game’s biggest names — mainly because of the appearance fees — and this year will be no different with the likes of Martin Kaymer, Henrik Stenson, Lee Westwood, Ernie Els, Darren Clarke, Ian Poulter and Bryson DeChambeau tee it up.

Coming off of a 2015 season that saw Spieth lay claim to the top of the world rankings, two of his biggest competitors for the crown join him in the United Arab Emirates to kick off a 2016 season that has so much promise. With Spieth challenging for the Grand Slam, Fowler continuing to shed unfair labels and McIlroy embarking on a revenge tour, the 2016 season is setting up to be a memorable one.

Rory McIlroy will have a busy early-season schedule in 2016 as he aims to return to world number one before the Masters.

This will be the first time we get to see two of the newly-minted Big Three with Fowler an interested outsider. Adding to the stature of the event is the television schedule: prime time on the East Coast.

Forget those other official and unofficial starts to the golf season. This week is when 2016 really gets under way. Adjust your schedules accordingly.