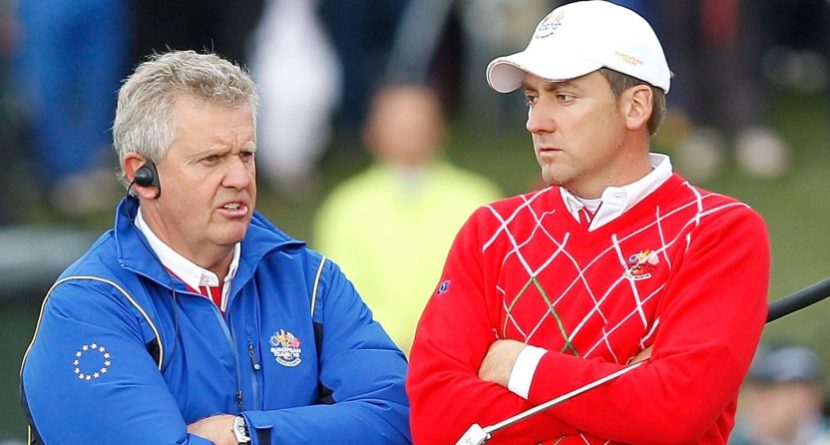 When it comes to winning Ryder Cup matches, there are few people in the history of the game who have done a better job than Ian Poulter. The same can be said about Colin Montgomerie when it comes to having bad ideas.

The Hall of Fame Champions Tour player and part-time television commentator recently suggested that European Team captain Paul McGinley should not use one of his captain’s picks on Poulter for this year’s matches. Monty’s reasoning rests on Poults’ less-than-stellar playing record this year on both the PGA and European Tours.

“Everyone says it doesn’t matter whether Poulter is an automatic qualifier but you’ve still got to be playing golf, come on,” Montgomerie said. “It doesn’t matter how passionate you are. That’s what the Brazilians thought they could win the World Cup on, passion and emotion. Well unfortunately they forgot to play football.” How bad is bad? Poulter has had just two top-10 finishes in 16 tournaments this season. He also missed the cut at the Scottish Open and Open Championship. Not exactly what anyone would call “top form.”

Even still, Poulter’s Ryder Cup record speaks for itself. In four appearances at the bi-annual event (2004, 2008, 2010, 2012), the Englishman has compiled a 12-3-0 individual record. That’s an incredible 80 percent winning percentage, easily the greatest of all time.

Tell me again why leaving him off the Euro squad makes any sense?

While American team fans would love to see a Poulter-less European Team at Gleneagles this year, Poulter is a Ryder Cup legend and should be an automatic pick every single time. For as annoying and boastful his on-course persona may be during the matches, a Ryder Cup without Poulter would seem criminal.