More Fun With Photos From The HSBC Champions 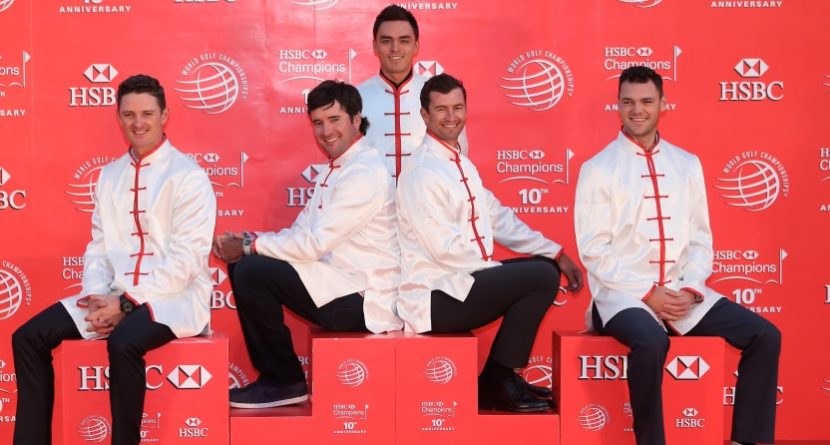 The golf world used to call this part of the year the “silly season,” when players would take part in one-off events and collect some appearance fees, but rarely take the tournaments all that serious. The fall events on the PGA Tour now count toward the FedExCup, so for most players there’s not much time for silliness anymore.

There is at the WGC-HSBC Champions in Shanghai, though. The tournament is by no means silly — it’s a World Golf Championships event, after all. But as per usual when HSBC is involved, there are costumes and dancing and hilarious photos that come out of the pre-tournament festivities.

The majors are great, the Players Championship is a wonderful tournament, and stops like the Phoenix Open and Travelers Championship are always a good time. But for sheer entertainment value, the HSBC Champions might be our favorite event. Because when is dressing up elite golfers in Chinese attire and parading them around in cultural festivities not entertaining?

Check out the gems that are flowing in from Shanghai this year:

Last year in Shanghai, Phil Mickelson, Rory McIlroy and others donned capes and yielded swords. And then in January, Phil and Rory did some dancing at the European Tour’s Abu Dhabi HSBC Golf Championship:

HSBC events get the ladies involved too. And this is hardly a new phenomenon — HSBC has been perfecting these photo calls for years.