Much Has Changed Since Tiger Woods Last Won A Major 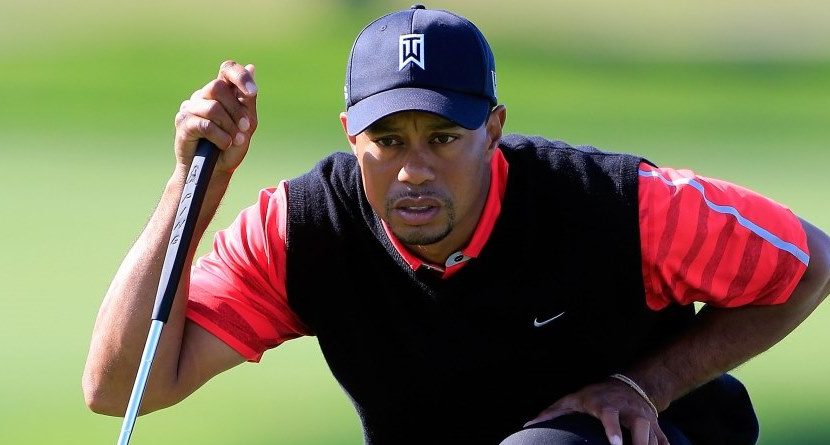 Tiger Woods has had an incredible year. He won four of his first eight starts and remains the No. 1-ranked golfer in the world. And he’s won more majors in his career than Phil Mickelson, Ernie Els and Padraig Harrington combined.

Yet, none of those have come this year. In 2013, Woods tied for fourth at the Masters, 32nd at the U.S. Open and sixth at the Open Championship. Only the PGA Championship is left on the major schedule this year, so there’s time for a good year to get better, but not much.

Woods has been stuck on 14 majors – four shy of Jack Nicklaus’ record 18 – since 2008. And the world has changed a lot since Tiger limped past Rocco Mediate at Torrey Pines in one of the greatest performances in golf history. Yet our expectations for Tiger – heck, his expectations – exceed even that.

But if you can follow the train of thought that the essence of perspective is time (no, I didn’t steal that), then perhaps we all need a recent history lesson to gain a little perspective. Five years is a lot longer than you think. How long it is to Tiger remains to be seen.

But Tiger is subject to the same timeline as the rest of us. He was a new father with one in diapers when he last won a major. Now he is a father of two, divorced, embarrassed, ruined, reinvented, renewed as the world No. 1, and apparently a decent boyfriend. Here are some other things that were true when Tiger won the 2008 U.S. Open:

* Joe Paterno was the most revered coach in college sports.

* Metta World Peace was a Buddhist expression of good will and tolerance…not the name of a shooting guard.

* Amanda Bynes was a star.

* Kyrie Irving was in high school.

* Justin Bieber was making You Tube videos at home.

* Lance Armstrong was an American hero and the second-most popular athlete on the planet (behind Tiger).

* Kim Kardashian was the third person voted off of “Dancing with the Stars” and no one cared.

* Rory McIlroy was a teenage profession without a win. Rickie Fowler was an amateur.

Even more astounding are the things that have come to pass since Tiger’s famous win:

* A Pope has resigned for the first time in more than 600 years.

* BP was responsible for the largest oil spill in history in the Gulf of Mexico.

* Michael Phelps has become the most-decorated Olympian of all time.

* Mike Vick has been released from prison and taken over the offense for the Eagles. He was second in NFL MVP voting in 2010.

* There have been three “Hangover” movies.

* Zach Galifianakis has appeared in 22 movies since 2008 and several television series.

* Rory has won two majors. So has Padraig Harrington.

* Twenty people have been inducted into the World Golf Hall of Fame. There is no question that Tiger will enter the Hall upon his 40th birthday. Likewise, there isn’t any question that he should be the favorite to win the season’s final major. But time is definitely not on his side. When you consider the unprecedented pace with which he sprinted to 14 majors in little more than a decade, this drought seems more like climate change.

As we have illustrated, the world is not the same place it was when Tiger held off Rocco. It’s not even the same place that Y.E. Yang lived in for one incredible week the following August. It is not as if Tiger hasn’t had chances to win majors over the last five years.

No one knows with any certainty whether or not Tiger will break the longest major championship winless streak of his career. It seems likely that if he is to win, he will have to do it from the front of the pack. Tiger has held the 54-hole lead in all 14 of his major triumphs. To put it another way, he has never come from behind to win a major.

Tiger will never be the same type of dominant player that he was when he held the Tiger Slam a little more than a decade ago. The world of golf – the world in general – is a decidedly different place. There has never been a more competitive landscape at the top of the game.

It is for that reason that Tiger’s next major will be one of the most significant of his career. There will never be another 1997 Masters, but if he is going to catch or pass Jack Nicklaus, that run is going to have to start somewhere.

Will the next long-awaited step be taken at the PGA Championship? Only time will tell.