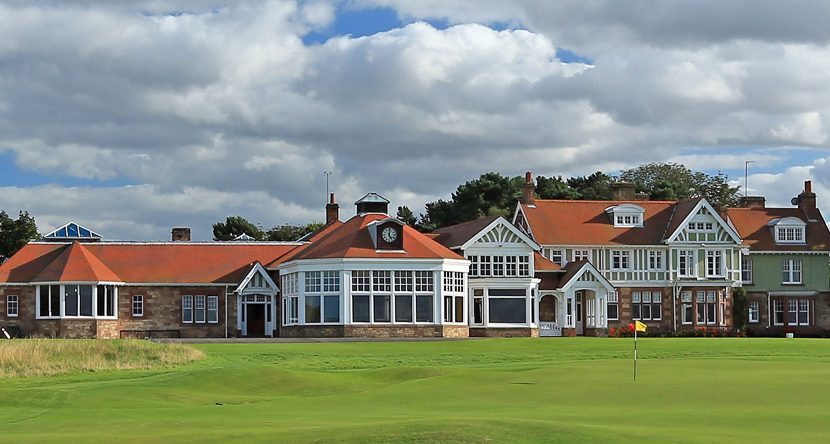 The Open Championship rota just got a little bit smaller. The Royal & Ancient removed Muirfield from the possible venues to host the world’s oldest major championship after the Honourable Company of Edinburgh Golfers voted to uphold the club’s policy of not admitting women members.

ESPN.com has the full report:

The Honourable Company of Edinburgh Golfers, which owns Muirfield, will remain a men-only club after failing to reach the two-thirds majority required to change the club’s membership policy.


The Royal & Ancient, which runs golf’s oldest major championship, reacted immediately to the decision to announce Muirfield will no longer be considered to host the tournament.

The statement read: “We have consistently said that it is a matter for the Honourable Company to conduct a review of its membership policy and that we would await their decision.

“The R&A has considered today’s decision with respect to The Open Championship. The Open is one of the world’s great sporting events and going forward we will not stage the Championship at a venue that does not admit women as members.

“Given the schedule for staging The Open, it would be some years before Muirfield would have been considered to host the Championship again. If the policy at the club should change we would reconsider Muirfield as a venue for The Open in future.”

The R&A’s decisive action received widespread acclaim. Muirfield’s exclusion from the rota robs the professional game of one of the best courses on the planet, but it was a necessary decision.

Thank you @RandA for the quick and decisive decision, and for sending a clear message for/about our sport!

Interestingly, Royal Troon, host of this year’s Open Championship is the only other course in the rotation that is a male-only club. With Muirfield out, and presumably Troon hosting its last Open unless their policies change, the rota will shrink to an eight-course option.

The 1st time I played Muirfield I had to sit outside after the game as I wasn’t allowed in. I sat and watched a member go in with his dog!