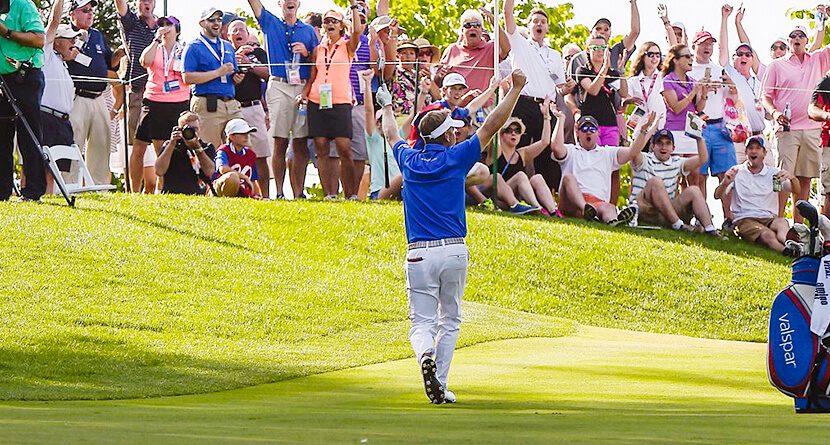 Playing on a sponsor’s exemption in his hometown event, Billy Hurley III held off the likes of Vijay Singh and Ernie Els in front of Tiger Woods to win his first PGA Tour event at the Quicken Loans National on Sunday. A year after using the tournament’s platform to plead with his missing father to come home, Hurley was back in the press center talking about the entire ordeal had come full circle as a PGA Tour winner.

Hurley, who entered the week  607th in the Official World Golf Rankings, needed a sponsor’s exemption from Woods and Quicken Loans to get into the field. Once there, he fired rounds of 66-65-67-69 to win by three shots over Singh and four over Bill Haas and Jon Rahm. Els finished five back at 12-under par after a double-bogey 5 on the par-3 10th derailed his hopes for a 20th PGA Tour win.


The full leaderboard can be found here.