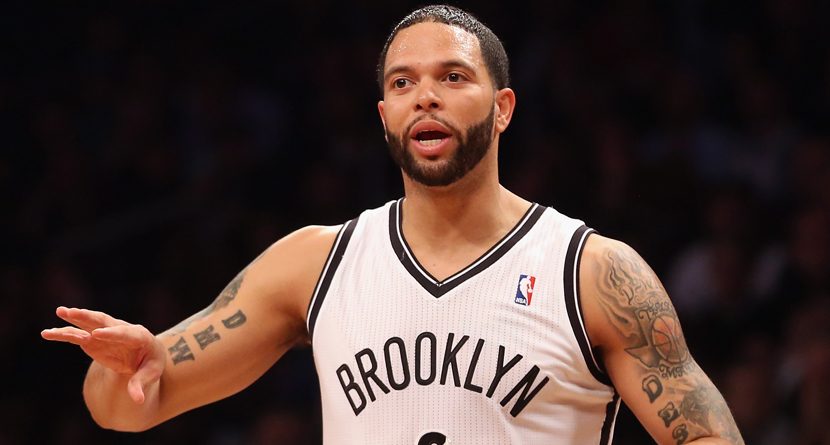 The NBA is in playoff mode, so that means one unfortunate thing for many players: The season’s going to end early.

Some players, when their team is eliminated, choose to lay low and spend time with their families. Others might take a vacation.

In the case of guys like Jason Kidd, it’s a time to hit the links.

Right now, there are 16 teams playing in eight series — four in the Eastern Conference, four in the Western Conference. With three of the series through three games as of Friday morning, and the rest having played two before the weekend, the field will be a few teams less next week.

Here’s a short list of players that might be teeing off sometime in the next seven days.

Jason Kidd, New York Knicks: Judging by his golf swing, Kidd is probably looking forward to getting back on the golf course. Look at that finish! Last summer, he and Deron Williams revealed on Twitter they had played a round at East Hampton Golf Club on Long Island. He signed with the Knicks after that.

Deron Williams, Brooklyn Nets: Speaking of Williams, he’s also eligible for having his summer start one round early. Williams helped the United States win Olympic gold in 2008 and 2012. He’s got a sweet golf swing — what is it with point guards? If he keeps this up, Williams could win another Olympic title in 2016 … in golf.

Stephen Curry, Golden State Warriors: Surprise, surprise, another guard on our list. Curry hosts his own charity golf tournament in September, so he’s got plenty of time to find his form on the course. Just one thing: He needs to work on making those pesky, knee-knocking, short putts (see below).

Other What’s Hot links on golf.swingbyswing.com: