NBA’s J.R. Smith Goes Inside Ropes at the Players Championship 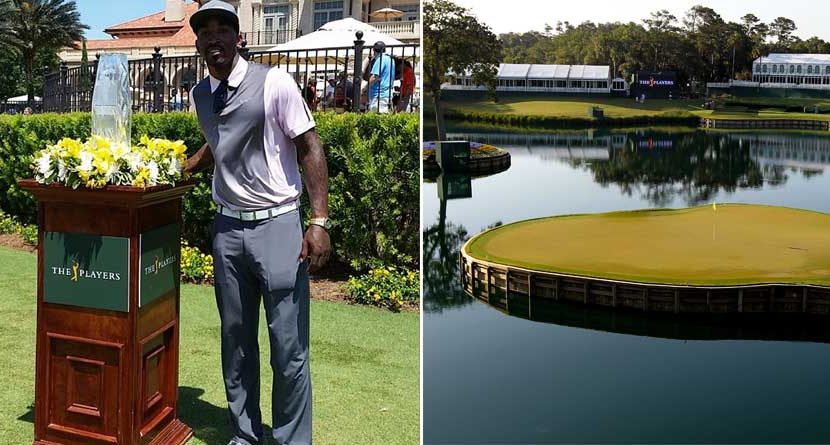 The New York Knicks missed the playoffs this season, so that just means the offseason started a little early for the players. Knicks guard and avid golf fan, J.R. Smith, took full advantage of the opportunity to attend one of the top events on the PGA Tour: the Players Championship.

After attending the Wells Fargo Championship May 1-4, Smith was on the grounds at TPC Sawgrass last week. He snapped a photo with the trophy, saying he hopes to win one after his basketball career, and he was also given the honor of taking over the official Players Championship Twitter account, tweeting with the hashtag #JRTakeOver.

We have a golf fan on our hands. @TheRealJRSmith is about to #takeover our Twitter account #THEPLAYERS

I plan on winning one of these after basketball! It will go great with my NBA Championship trophy one day!!! #DreamBigOrDontDreamAtAll

Here are some of the best posts from Smith’s day:

Almost chipped in! For a bird! I need to get my short game together! @McIlroyRory I need lessons! #JRTakeOver

How many of you think @JordanSpieth will take the #Players #JRTakeOver

I don’t think Rory is going to let me go watch Lee if he keeps this up! #JRTakeOver

To cap off his time at the Players Championship, Smith got a photo with Rory McIlroy walking off of the 18th green after his final round Sunday:

Smith, a 13-handicap, has posted several pictures of himself on the course, practicing for his hopeful appearance (and victory) at the Players Championship someday: