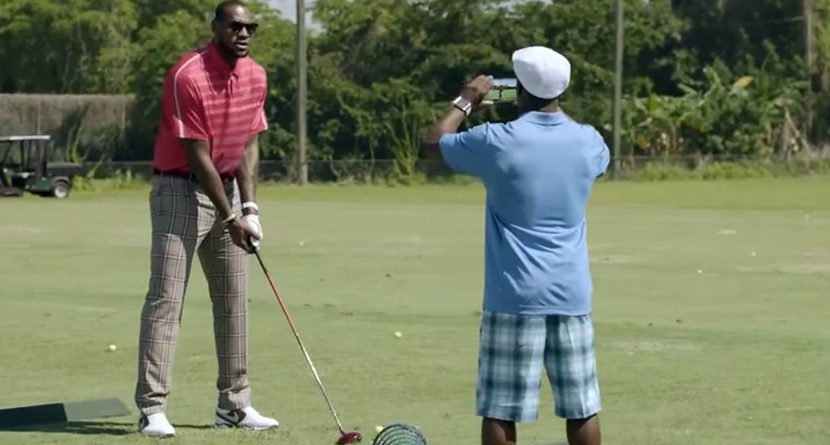 The Web.com Tour Finals just got a shot of star power and it’s not from a recognizable PGA Tour player being demoted to golf’s minor leagues. The Tour announced this week that the DAP Championship, an entirely new event, will kick off the Finals and the LeBron James Family Foundation will be the beneficiary of the tournament.

James, famously an Akron, Ohio native, began his foundation in an effort to “positively affect the lives of children and young adults through education and co-curricular educational initiatives” in Northeast Ohio.

“As an organization with a deep commitment to our local community, we are thrilled to be a part of this world-class event as it makes its debut in Northeast Ohio,” said Michele Campbell, Executive Director of The LeBron James Family Foundation, in the Tour’s release. “A big part of what we do is involving our community and our students in experiences that enrich their lives, and this is another great opportunity to do just that. We look forward to working with the PGA TOUR and DAP to make this an amazing event that will benefit our students as they work hard to earn their educations.”

While James’ involvement in the game is only tangential at this point, he did try his hand in a Samsung commercial two years ago.

While his swing could use some work before he tees it up in the pro-am, King James’ attachment to the event will bring an added level of caché.

The DAP Championship will feature a field of some 130 players — the top-75 on the Web.com Tour money list as well as a fair amount of PGA Tour players ranked 126-200 in the FedEx Cup who don’t otherwise have an avenue to regain their PGA Tour card for 2016-17.