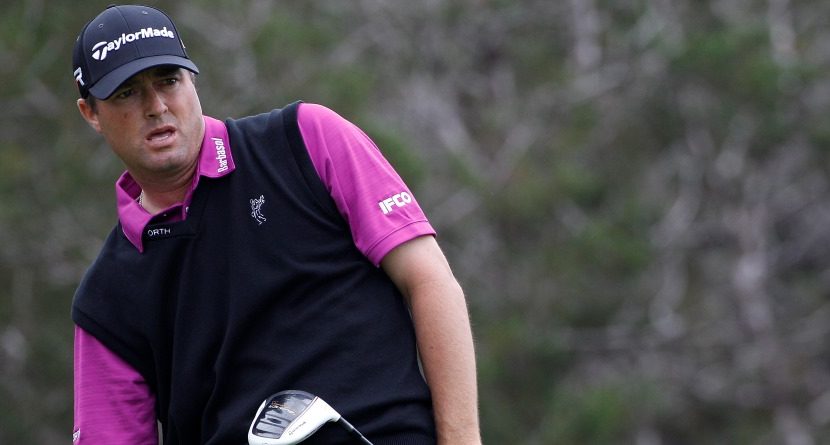 Before Sean Payton gets back into coaching the New Orleans Saints, he’s trying his hand at caddying. The NFL coach was asked by Ryan Palmer to man his bag this weekend at the Greenbrier Classic.

Palmer, ranked No. 84 in the world, owns four top-10 finishes this year but hasn’t picked up a victory since January 2010 at the Sony Open in Hawaii. He decided to give his regular caddie the holiday week off, then offered the gig to his buddy from Dallas upon seeing Payton in White Sulphur Springs, W.Va. Palmer may not have picked golf aficionado, but he chose someone who knows how to win.

Related Links: The Baddest Bunker In Golf | What It Takes To Win

“It’s pretty cool to hear the mindset of one of the great coaches in the game, Super Bowl winning coach,” Palmer said.

Too bad Palmer’s offer didn’t come in the fall. Payton had plenty of free time then as he was serving a one-year NFL suspension for his actions in the Saints bounty scandal.

Now, if he serves Palmer well, he’ll still have to report back to New Orleans for training camp at the end of July. That five-year, $38 million contract Payton signed in January is a little more secure than looping for someone who’s “only” made $1,442,123 this year.