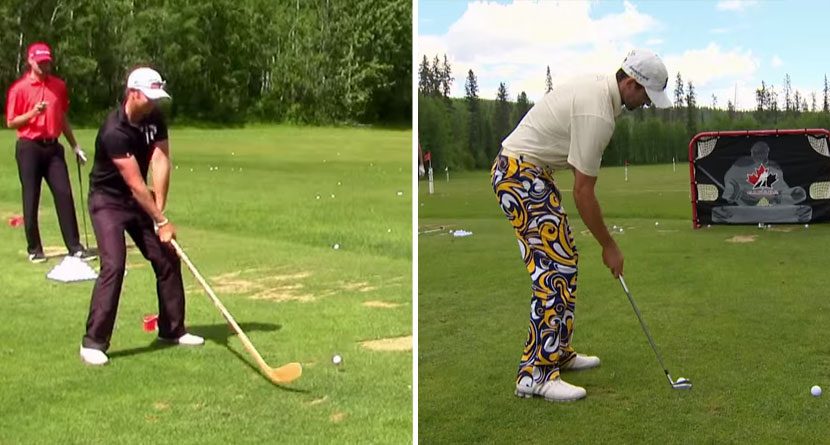 Hockey is probably the sport that’s most similar to golf. Both feature a club (or stick) being swung at a high speed, attempting to hit a small object on the ground. Of course, golf doesn’t feature checking, fighting (unless you’re Happy Gilmore), black eyes, goalies, or ice skates for that matter.

So, the two aren’t actually all that similar. But the players’ swings are, and that’s enough to create the PGA Tour Canada Hockey Draft Combine … the coolest (and probably only) golf-combine of all-time.

With the 2014 Players Cup set to kick off next week and ball hockey rematch set to be played, the NHL players decided to step up their game and host a hockey-golf combine.

The combine featured an accuracy test, a stickhandling competition, and a long-drive contest. All three are a perfect combination of hockey and golf, making it the ultimate test of skill.

Hopefully holding a combine before the game will make the NHL team a little more competitive this time around. It’d be pretty disappointing if they were to lose back-to-back hockey games to a group of golfers.