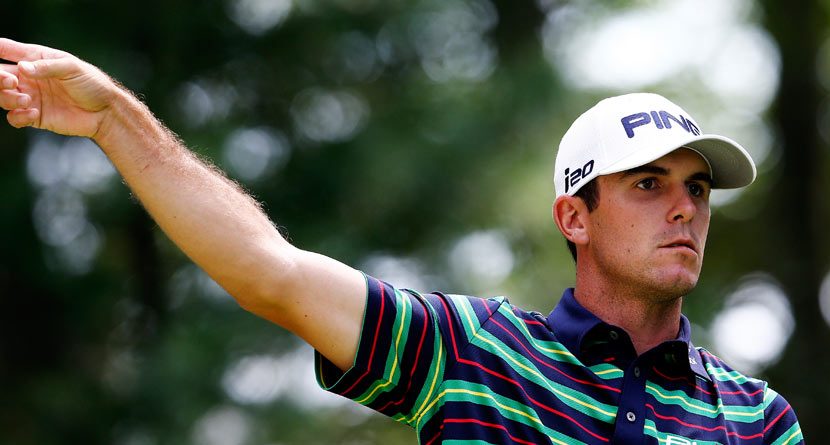 With less than a week until the Masters begins, big name golfers have come down with injuries. Some of those injuries are obviously more severe than others, such as Tiger’s back surgery, but other golfers have caught some flak for pulling out due to minor ones.

Some players who have withdrawn recently include Bubba Watson (allergies), Jason Day (thumb), Phil Mickelson (pulled muscle), and most recently Dustin Johnson after shooting 80 during the first round of the Shell Houston Open.

Billy Horschel, however, has remained healthy and injury free. Horschel, who shot 80 at the Valero Texas Open took to Twitter to assure fans that he had no intention of withdrawing, even though it’s “the new fad on tour.”

@NoLayingUp… I guess I should have WD last week after shooting 80. Seems like the new fad on tour! haha

@shanebacon @NoLayingUp… Never crossed my mind to WD. I played bad. No excuses.

Horschel commented about the recent withdrawals, saying “some guys are actually hurt or sick,” citing Tiger as an example.

Although Horschel didn’t directly take a shot at anyone in particular, he seemed to think guys were dropping out for the wrong reasons.

@konapel @shanebacon… Agree. Some guys are actually hurt or sick. Example. Tiger. Not trying to bash anybody with earlier comments

Hopefully these recently-injured players recover in time for the Masters next week, because patrons and viewers worldwide will be feeling the absence of Tiger at Augusta National.