No Respect: Tom Brady, Jason Dufner Can’t Get Any Love 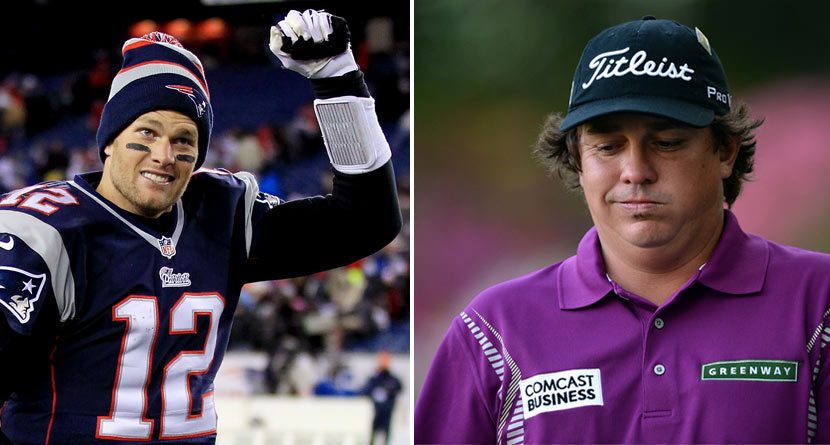 First it was Tom Brady who couldn’t get any love, and now it’s Jason Dufner.

New ride for the week pic.twitter.com/Sr6SzGbI89

@PatPerezGolf u going to be giving your guy a ride to the course each day? #brohug

To which Perez replied:

…but was left hanging, as Perez never did respond about that “bro tap.”

It seems as though Dufner will need to continue to find a ride to future tournaments because it doesn’t look like Perez will be showing the 2013 PGA champ any love any time soon. As I said before, though, Dufner is in good company, joining sure-fire Hall of Fame quarterback Tom Brady in the “no-love” department. Brady famously wandered the Patriots sidelines this year, looking for a high-five after some Patriot scoring drives.

No word on whether or not this “no love” fest will be an on-going thing for Dufner like it was for Brady. However, if you remember, Dufner was already shot down on Twitter once before this year by a certain 14-time major champion when he asked to have his tee time changed so he could watch his beloved Auburn Tigers play. Either way, if you’re on your way to the next tournament and see a guy with clubs trying to hitch a ride, make sure it isn’t Dufner before you blow on by.