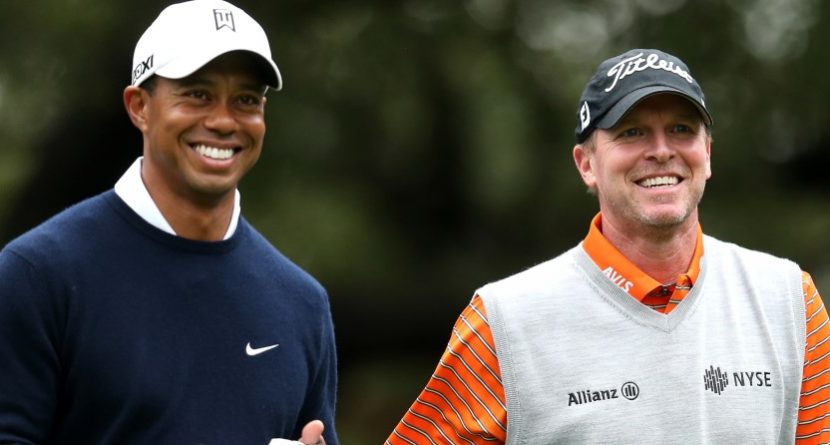 Tiger Woods announced on Monday 16 of the 18 golfers who will compete in his annual charity event, the Northwestern Mutual World Challenge. And he’ll have some stiff competition to win his own tournament.

Among the select field at Sherwood Country Club in Thousand Oaks, Calif., from Dec. 4-8 will be the defending champion, Graeme McDowell, and Rory McIlroy, a two-time major winner. At stake in the 72-hole stroke-play event is a $3.5 million purse, $1 million of which goes to the champ. Woods has claimed victory at the World Challenge five times, the most recent being a 2011 win over Johnson. All proceeds from the event go to the Tiger Woods Foundation.

Other Hot Links:
– 9 Things You Need to Know About the Presidents Cup
– Jack Nicklaus Releases New Line of Golf Balls
– Back9 in 90: Going, Going, Guan