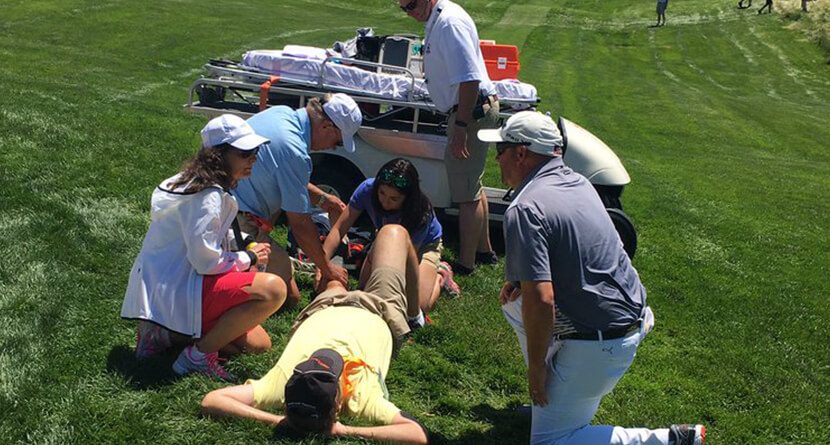 Last year’s U.S. Open venue, Chambers Bay, harbored the real possibility that players and caddies could be injured by simply walking the course and stepping wrong. The tournament’s return to a traditional layout at Oakmont Country Club this year was thought to be a return to the status quo — the only injuries to be found were mental.

That lasted almost until the tournament began. On Tuesday at the famed Pennsylvania course, Bill Henaghan, caddie for amateur Chris Crawford — the guy who made the 40-footer to qualify — slipped down a hill walking into a bunker on the 6th hole and broke his ankle.

Oakmont strikes. Caddy for Chris Crawford has just broken his ankle falling into a bunker. @usopengolf

We knew Oakmont was tough, but we didn’t know it was capable of that.