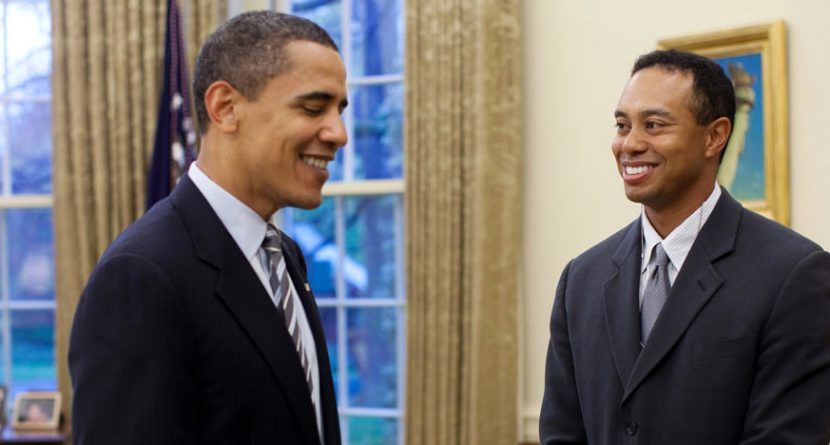 In his first term, President Barack Obama played golf 113 times. The 114th round of his tenure and first of his second term was played alongside the most distinguished golfer of this generation.

President Obama teed it up with Tiger Woods on Sunday in Florida, according to Golf World, playing 18 holes together at The Floridian in Palm City, Fla.

Joined by U.S. Trade Representative Ron Kirk and Floridian owner Jim Crane, the group played from the third set of tees at 6,208 yards. Crane, owner of Major League Baseball’s Houston Astros, donated to Obama’s re-election campaign as well as the Democratic National Committee. Woods left after 18 holes, with Obama continuing on for another nine.

Obama was in the Sunshine State on vacation, receiving lessons from Woods’ former teacher, Butch Harmon, on Saturday. The Commander-in-Chief had an eight-hour session with Harmon, which also included 27 holes of golf.

Woods and Obama had met previously in 2009, when the current world No. 2 spoke at a ceremony during the week of Obama’s first inauguration.