Odds Say HP Byron Nelson Championship Will Be Tight One 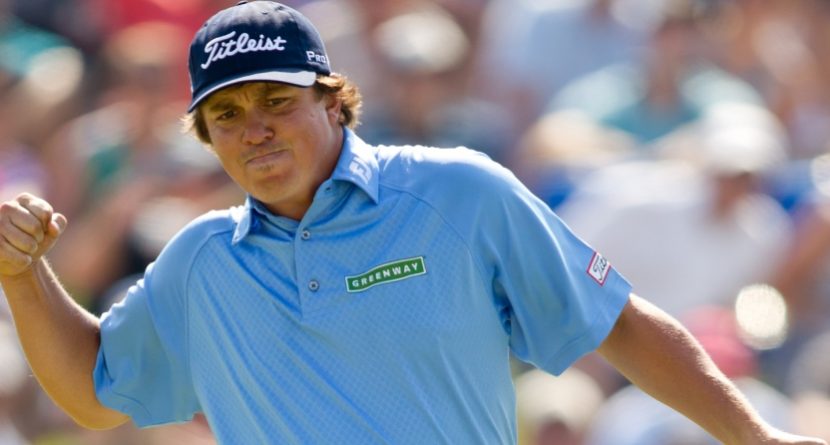 A lot of golf tournaments are decided by one stroke; three of the past four events on the PGA Tour, for example.

Not nearly as many events are taken to a playoff; just one of the tour’s past 10. But that one tournament – the Shell Houston Open – is notorious for being tight.

Over the past 50 years, winners of that one tourney have come from a playoff 17 times, and emerged victorious by a mere stroke on 16 other occasions. So the margin of victory has been one shot or fewer 33 of 50 times, or 66 percent.

The same can be said for this week’s tour stop, the HP Byron Nelson Championship. These numbers come courtesy of Sports Illustrated Golf Digital, which found that the Byron Nelson and the Houston Open are tied at No. 1 for the PGA Tour event that produces the closest finishes. Both have 17 playoffs and 16 one-stroke victories in their past 50 editions.

Only the Humana Challenge has produced more playoffs (18) over that span. The Travelers Championship is also tied with 33, but its breakdown is 16 playoffs and 17 one-shot victories.

Knowing all this, last year’s Byron Nelson Championship was a relative breeze for Sang-Moon Bae, who topped Keegan Bradley by two strokes. He didn’t even rely on any last-minute heroics; he parred 17 and 18 after picking up his last birdie at 16.

But there was drama in 2012. Jason Dufner needed a birdie on 18 to clip Dicky Pride by a shot. And in 2011, Bradley took out Ryan Palmer on the first hole of a playoff.

Seeing as how 66 percent of all Byron Nelson Championships are decided by one shot or a playoff, and considering last year’s tournament did not meet that criteria, you can almost assuredly bank on Sunday’s final round coming down to the wire.

More on Byron Nelson: Golfstradamaus | 5 Things You Need to Know

Other Hot Links:
– Charles Barkley Talks Trash at Regions Tradition Pro-Am
– Some Folks Still Can’t Get Louis Oosthuizen’s Name Right
– Coming Soon To a Course Near You: The Golf Bike
– Rickie Fowler Takes the Wheel at AMG Driving Academy
– The Fringe: Bubba Buys A Bunch of Burritos For His Buds