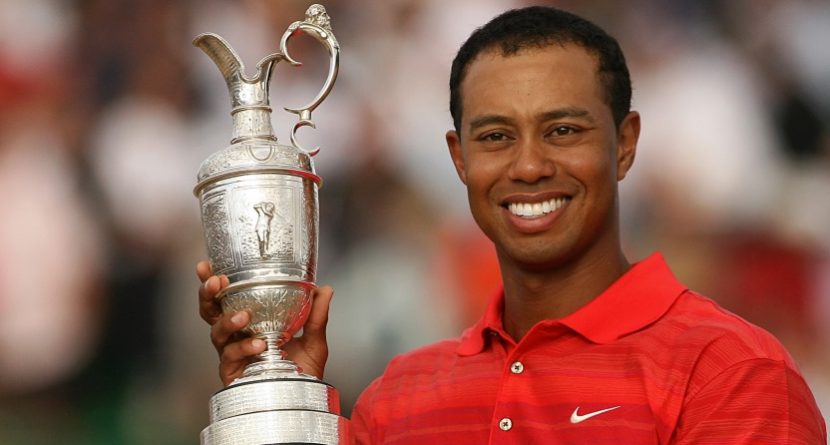 Everybody remembers that when Tiger Woods won the Open Championship at Royal Liverpool in Hoylake back in 2006, he only used his driver once in four rounds. What most people have forgotten, if they ever knew it in the first place, was that five days before the tournament began, Woods arrived at the course and promptly put his drives at the first and second into bunkers and had to play his ball out sideways.

From that moment, he knew how much trouble lay ahead if he failed to find Royal Liverpool’s hallowed fairways. They were brown and parched, meaning that any bad bounce was only going to be exaggerated. A ball struck with a driver would be far more difficult to keep in play.

Woods won The Open at St. Andrews in 2000 by missing every bunker on the course — an incredible feat. He knew that if he were to repeat the triumph at Hoylake, it was imperative that he keep the ball in play. The funny thing is that nobody else caught on to Tiger’s game plan.

Stranger still, given his difficulties controlling his driver, the 14-time major champion hasn’t repeated the tactic. As the Open Championship returns to Royal Liverpool this month, it is worth reminding ourselves that he finished 18 under par at Hoylake in 2006, missing just one green in regulation in the final round.

Only a player with supreme faith in his ability, and a rare talent for striking exquisite long iron after long iron, could contemplate such a tactic. It meant, of course, that Woods was playing his approach shots from way behind his rivals — as much as 80 yards on occasion. And it also meant he was getting a taste of his own medicine for the first time.

But he kept his ego under control. Perhaps things would have turned out rather differently had the wind blown, but it didn’t. The weather was simply glorious, as was Woods’ strategy.

Afterwards, his caddie, Steve Williams, expressed the view that Woods had only hit three shots all week that were anything other than perfect. Just think about that. And one of those shots was the one time he gave in to temptation and reached for his driver. Everybody points to his runaway victories at St. Andrews and Pebble Beach as his finest achievements, but at Hoylake, Woods was on top of his game.

During the final round, he was cruising, determined only to avoid mistakes, but then Chris DiMarco began to make a move and the lead was reduced to two shots.

At the 14th, Woods took on the pin, struck a mighty blow to 10 feet, and rolled in the putt. Then DiMarco made another birdie at the 16th to reduce the deficit again. Woods responded once more with a two at the short 15th

Back then, Woods had a rare ability to produce wonderful shots when he needed them. He seemed to will 12-foot putts into the hole and produce miraculous recovery shots that nobody else could dream of.

When it was over, there was his memorable reaction on the 18th green, illustrating how much it all meant as he dissolved into tears. He was thinking of his father Earl, who had passed away three months earlier. This was his 11th major championship title — there would be a 12th to follow a month later at the PGA Championship at Medinah. All of them were won in the same manner: leading from the front on the final day.

It is incredible to believe that in the eight years that have passed, Woods has added just two more to his tally. Perhaps the memories of Hoylake 2006 can inspire him in 2014 to what would be a remarkable victory for a man who has played two competitive rounds in four months, most recently seen missing the cut at the Quicken Loans National.