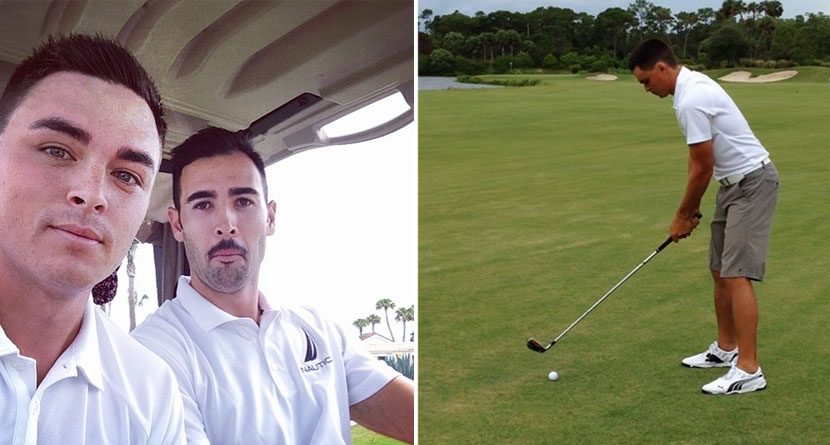 When you’re a professional golfer, being really good at golf might get a little boring. Well, probably not, but it might be fun to switch things up every now and then. For Rickie Fowler and Cameron Tringale, that’s exactly what they did.

Rather than playing a round for fun right-handed, the traditional way, Fowler and Tringale decided to shake things up a bit by playing lefty. They also underwent name-changes, and brought out their alter egos: Richard Flower and Mac Triangles.

While you’d expect scores to be high for a golfer playing opposite-handed, “Richard” and “Mac’s” scores weren’t all that bad. “Flower” posted a 50 on the front nine, while “Triangles” shot a 63. Not bad…

…but Fowler had a little trouble on the back nine.

After a day of lefty golf, the final scores are in: 110 for Fowler and 117 for Tringale.

Tringale may have lost on the course, but he won the day with that killer mustache.