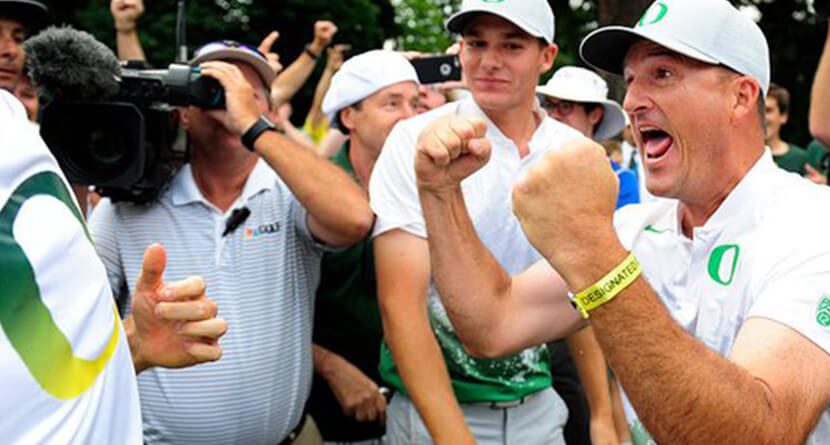 Even with Texas junior Beau Hossler sidelined due to injury, Oregon had to earn their first men’s golf NCAA National Championship on Wednesday night in Eugene.

Playing a best of five match play format, the Ducks were spotted one match because the Haskins Award (Player of the Year) frontrunner, Hossler, wasn’t able to compete.

Under NCAA rules, a team is not entitled to an alternate for an injured player, therefore putting Texas down one before the matches even began. However, even with the deficit, the Longhorns fought back and won two of three matches to put the National Championship up for grabs in the penultimate match between Oregon’s Sulman Raza and Texas’ Taylor Funk.