Padraig Harrington: Augusta Is The ‘Ultimate Test In Golf’ 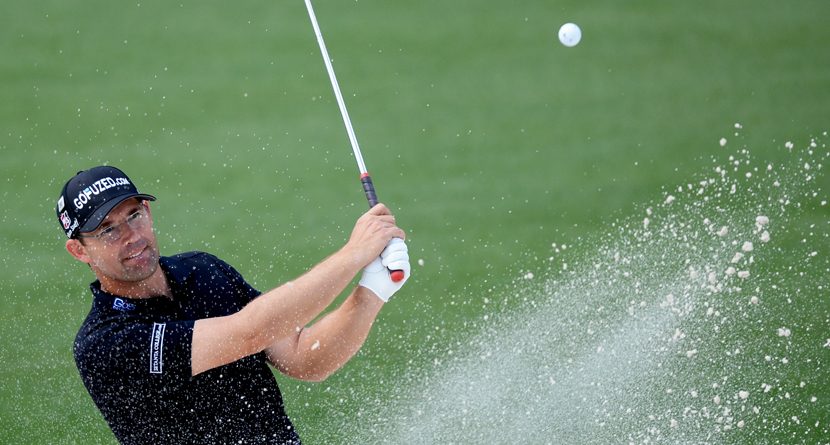 The first major of the year has arrived and I am in Augusta for The Masters. This is one of my favorite weeks of the year and the tournament is held on a course that I love. It is probably the ultimate test in golf, as you have to be right on your game. Of  all the courses that we play during the year, Augusta National tests all areas of our game the most.

Gladly, I have been here so many times now that I know the course well and don’t feel the need to overdo things during the practice days. I have spent many hours on the course over the years and played in so many Masters tournaments that I have seen and played most shots that we are faced with.

I got here Sunday night and have played 27 holes over the three practice days, nine each day. I have spent most of my time practicing my chipping and wedge play, as those parts of the game are crucial here. When I arrived at the course Monday morning, I had Pete Cowen have a quick look at me to make sure everything was in order. I don’t like to work on my swing during the week of a major, but it is nice to know that everything is as it should be.

Like at all majors, I am working with Bob Rotella this week and the work we do is great for getting me into the right frame of mind. This, along with the work I did with Dave Alred last week, is great preparation for a major.

I played nine holes each practice day and the course is in its usual great shape. It is pretty much the same as the last few years except for the 14th green, which the grounds crew made a minor change to last year. My practice has gone nicely and I have found a new driver head that is going well. I have stuck to my normal routine of not over doing it in practice, as I am fully aware that the most important thing is for me to be mentally fresh for the week ahead. By the time you get to Sunday afternoon, it is more important to be thinking correctly than having worked on your game and hitting it great.

I am looking forward to getting started; there is nothing quite like the Masters and the buzz at Augusta. I am feeling good about my preparations and look forward to playing the course in a competitive round again. I always say that when I am finishing my last round here, the most annoying thing is that I have to wait another year to come back.

Another great thing about playing in the majors is that when you have already won three, you have a sense of calm that others don’t have. Having said that, I am here looking to win my fourth major and the third leg of a career grand slam.

For more from Padraig Harrington, check out his website.