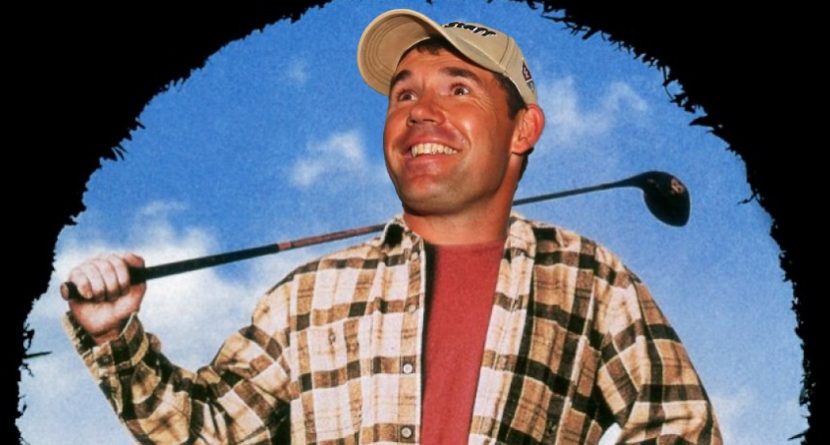 Back in July, the always-clever folks at the European Tour released the latest in a series of videos in which pros attempt new golf challenges. This particular spot gave stars the test of playing the “Happy Gilmore” shot – ditching the standard set-foot tee shot to instead use a walk-up approach.

Many shanks ensued. But some pros made solid contact, launching walk-up drives on par with their standard drives. And in the end, the “Happiest Gilmore” was Back9Network ambassador Padraig Harrington, who crushed one drive 328 yards.

Well, it turns out, that performance wasn’t a one-time deal for Harrington. On Monday, while warming up at the PGA Grand Slam of Golf in Bermuda, the Irishman showed off his rather smooth “Happy Gilmore” approach again.

The deliberate set-up, the measured paces to a particular spot – that looks a lot like a skill Harrington has honed over hours of practice. We’re not sure if that’s a part of the three-time major winner’s regular routine, but if it is, don’t mess with what got you there.

Harrington, who won the 2012 PGA Grand Slam of Golf, is serving as Phil Mickelson’s replacement this year, and is taking on the year’s three other major winners: Adam Scott (Masters), Justin Rose (U.S. Open) and Jason Dufner (PGA Championship). The event runs Tuesday and Wednesday.