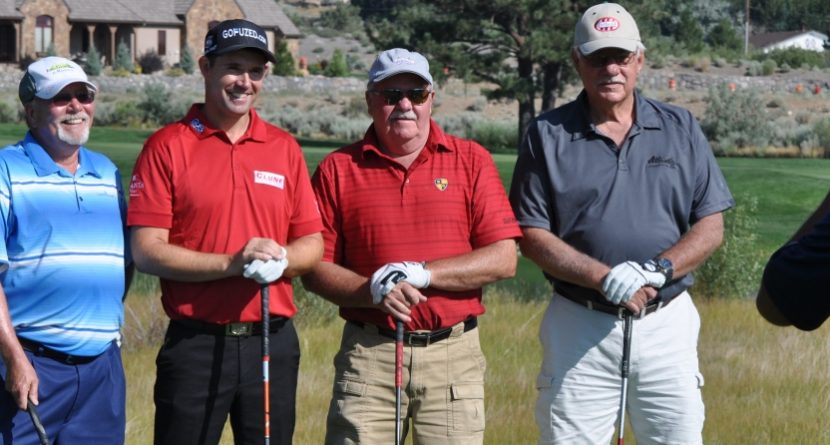 Padraig Harrington owns three major championships: the 2007 and 2008 Open Championships, and the 2008 PGA Championship. That pedigree is why the Irishman gets a little peeved when his amateur playing partners land their shots closer to the pin than his during pro-am events.

“You cannot put the ball closer to the hole than the pro,” Harrington told his group Wednesday. “Didn’t you get the memo before we started to play today? You know, I have feelings too and that hurts.”

He was joking, of course. Just another way the Back9Network ambassador aims to have fun with his fans. Harrington is teeing off this weekend at the PGA Tour’s Reno-Tahoe Open at Montreux Golf and Country Club in Reno, Nev. And before taking part in the PGA Tour’s only Modified Stableford scoring event, the Irishman yakked it up with three older gentlemen in the pro-am.

On hole No. 1, each of Harrington’s playing partners sent their second shots into trouble – water, sand or trees – the result of nervousness in the presence of one of golf’s ultimate pros. Yet, they soon calmed because that pro offered free tips.

“Relax; we have many holes to play,” Harrington told the group on that first hole. “Find your balance and hold your finish for two seconds,” he said about their follow-throughs. On the greens, Harrington aided the guys in reading putts. Harrington’s wife, Caroline, and two sons, Patrick and Ciaran, also made the trip to Reno and hoped to make the short jaunt over to Lake Tahoe, which is the largest alpine lake (a body of water at high altitude) in North America. Padraig won’t have as much luck, as he’s just in town to work.

But he enjoyed pro-am day prior to the real tournament. Harrington went well out of his way to ensure his amateurs enjoyed their round with a multiple-major winner.