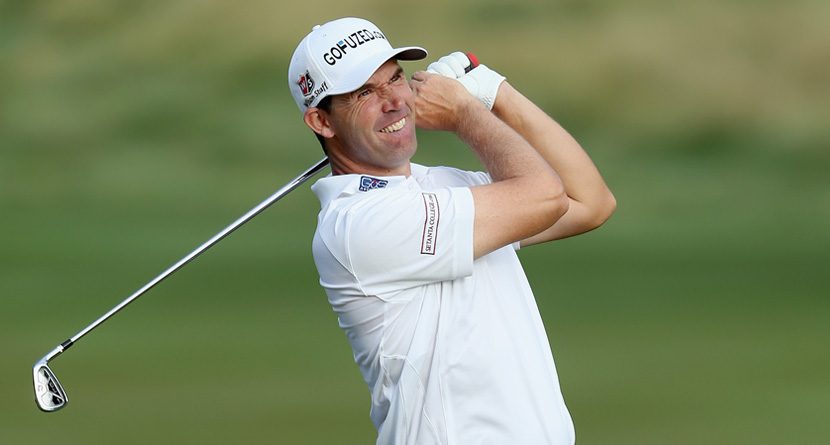 Wilson Golf – who sponsors Paddy – tweeted this video clip of Harrington hitting a bunker shot ever-so-softly into the awaiting hands of a bystander. We all wish we could get our golf ball out of the sand this easily:

If you remember from earlier this season, Harrington filmed a hilarious commercial of him “chasing down” a driving range picker during a practice session. As you can see in the commercial, Paddy is deadly with any club in his bag.

We already knew the three-time Major winner was a magician with his game. These videos serve as a gentle reminder to everyone that you should NOT mess with him on the course.