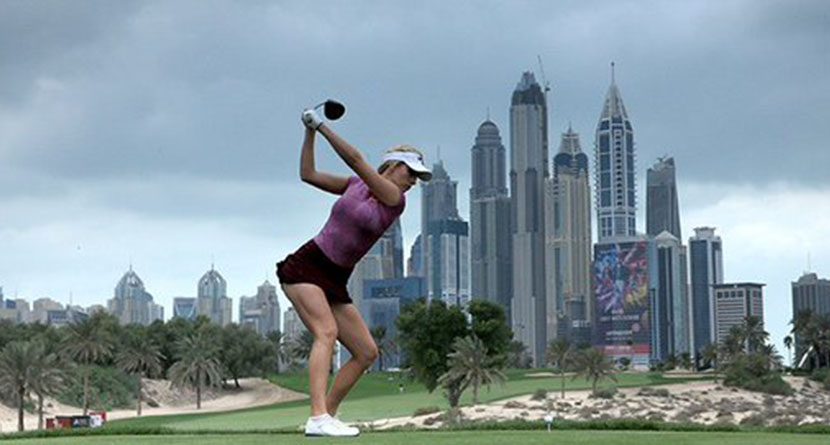 Social media megastar Paige Spiranac has parlayed her Internet fame into a sponsor’s exemption into this week’s Ladies European Tour event, the Omega Dubai Ladies Masters. The former San Diego State golfer has come under fire for taking a spot in the field from a more deserving player, although the exemption, by name, is up to the discretion of the sponsor.

Spiranac’s inclusion has already made the waves that the presenting sponsor had hoped for and undoubtedly created more buzz around a December tournament that otherwise would be out of sight and out of mind for the majority of the golf-watching public. Not to mention, the LET is surely reaching a population of more than 500,000 that Spiranac counts among her social media followers.

“I’m very grateful to be here because of social media, I wouldn’t be here without it. I never really sought this invite out it just came to me,” Spiranac said, according to The Telegraph. “I’m very fortunate that I have all these followers and that they like watching me and seeing what I do. So, I think it’s really cool, and it’s given me a gateway to help my professional golf career, and that’s really what I want to do, is just play golf, because I love it so much.

“This is my first tournament and from here I’ll play the first stage of qualifying school when it comes up again. I definitely want to earn my way on to Tour because I need more experience and more rounds under my belt before I do anything else.”

Spiranac shot an opening-round 5-over par 77 to end the day in 94th place out of 108 competitors, three strokes above the projected cutline. She tees off in round two at 12:25 p.m. local time.