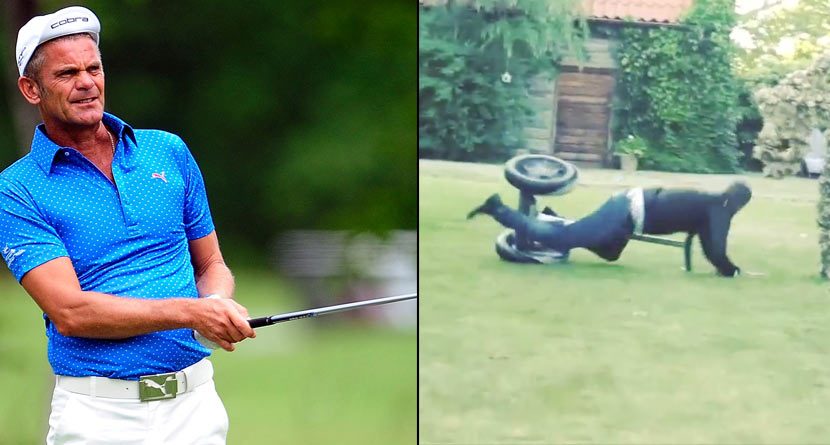 Jesper Parnevik has been all over the place lately: climbing mountains, hanging out with Lana Del Ray. But now it looks like he won’t be doing much for awhile after breaking his rib in a freak Segway accident.

Yes, you read that correctly: a freak Segway accident. As he’s been doing with all of his adventures, Parnevik made sure to share this one on Instagram, too:

Haha, of all injuries I’v had, this is the most ridiculous!! Broke a rib and had to withdraw from all… http://t.co/B9bEwTdB1a

It’s good to see that Parnevik could laugh at his misfortune because, really, the poor guy never stood a chance. That Segway was out of control the whole time. He’s lucky it wasn’t worse than a broken rib. People have been known to be killed by those things.

Parnevik wasn’t the only one injured in the crash. His buddy’s Segway also suffered some serious damage:

Also managed to break the handle on my friends Segway!! Sorry bud!! http://t.co/zf1klGluJQ

Hopefully Parnevik gets well soon and gets back on the course. Here’s to a speedy recovery and more adventures that don’t include runaway Segways in the near future!