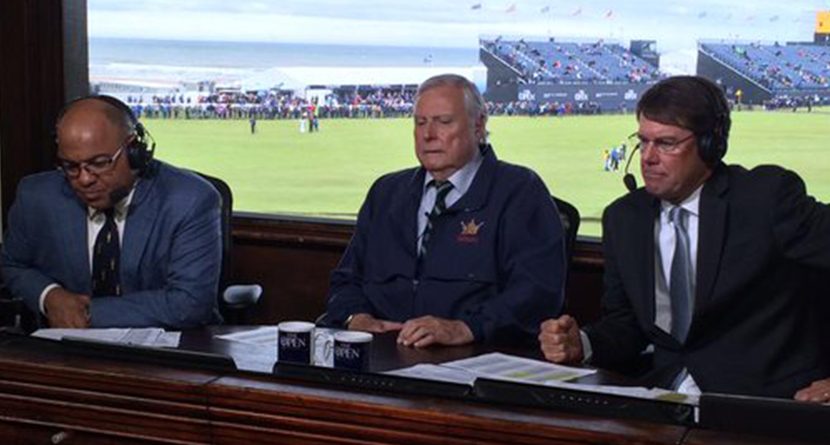 Just 10 days after news broke that Greg Norman was out as the Fox Sports lead golf analyst, the company announced on Wednesday that Paul Azinger would be his replacement in 2016.

Golf Digest’s Jaime Diaz was the first to report the hire, which came via a tweet from Tim Rosaforte.

Azinger will join lead man Joe Buck in the 18th tower, as will Brad Faxon who moves from his post in the 17th tower to the main broadcast booth. Fox announced the moves in a press release.

Paul Azinger, winner of the 1993 PGA Championship and veteran broadcaster, has joined FOX Sports as lead analyst for its golf coverage, beginning in 2016…

“Paul is a respected and trusted voice in the golf community, and he has the credibility of being a major champion with a strong track record of experience in the broadcast booth,” Entz said. “He has been one of golf’s most candid and thoughtful analysts and we are excited to add him to our team.”

“I am honored to partner with FOX Sports and the USGA to provide analysis for the compelling slate of USGA Championships,” Azinger said. “It will especially be an honor to call our nations national championship, the U.S. Open, beginning in June at storied Oakmont Country Club.”

Azinger comes over to Fox from ABC and ESPN where he’s been since 2005. It’s interesting to note that Azinger’s duties seem to be slightly scaled back from what Norman was asked to do. Specifically, the release doesn’t mention that Azinger will be on the call at men’s or women’s Four Ball.

One of the chief complaints about Norman was his perceived lack of preparation for the non-marquee USGA events that Fox agreed to broadcast. This won’t be a problem for Azinger as he’ll only be on board for the USGA’s biggest events.

The addition of Azinger to the Fox booth should, if nothing else, boost the experience factor and up the ante when it comes to storytelling. A skill Azinger has displayed in the past.